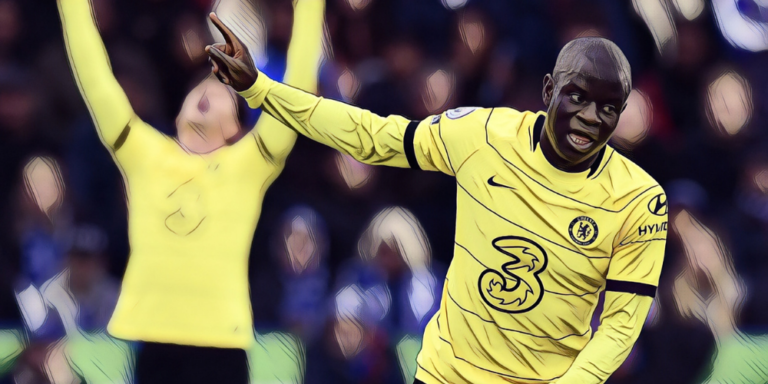 Following the latest round of Premier League action, we pick out some of the heroes and villains from the best and worst of the weekend’s fixtures.

The headline news of the weekend’s action came from Manchester United, who sacked Ole Gunnar Solskjaer following the Red Devils’ harrowing 4-1 defeat at Watford, a result which extended their recent record to five defeats from their past seven league fixtures.

Chelsea, Manchester City and Liverpool all recorded impressive wins to boost their title pursuits, whilst Wolves climbed to sixth after beating West Ham.

Elsewhere there were first wins for new managers in Steven Gerrard, Antonio Conte and Dean Smith, whilst Eddie Howe’s debut with Newcastle ended in an entertaining 3-3 draw at St James’ Park.

Heroes and Villains from the Premier League weekend.

Until this weekend, Watford’s 5-2 win at Everton last month had looked an anomaly, with each of the Hornets’ three other fixtures under Claudio Ranieri having ended in scoreless defeats.

That all changed following a resounding 4-1 thrashing of Manchester United, however, in a performance that showcased the forward threat the Hornets can provide this season.

The brightest spark in an attack full of movement, endeavour, and speed was Emmanuel Dennis, fast becoming one of the shrewdest signings of the Premier League season.

Emmanuel Dennis in the Premier League:

An excellent start to life at Watford.

Dennis was a bustling threat throughout and was involved in three Watford goals, teeing up King and Joao Pedro before slamming home a fourth in stoppage time.

The Nigeria international has now had a direct hand in nine goals (5G, 4A) in ten starts for Watford this season, with only Mohamed Salah having provided more goal involvements across the Premier League.

That aforementioned win for Watford brought an end to the Solskjaer saga at Old Trafford, a decision made to relieve the club icon of his duties following a humiliating result at Vicarage Road.

Solskjaer’s farewell interview was commendable, but his recent results have been far from admirable with the loss at Watford culminating in his sacking.

The Norwegian’s refusal to rotate his options regardless of form has contributed to his demise, with both Harry Maguire and Aaron Wan-Bissaka dreadful once more as Watford’s front three ran riot.

21 – Through 12 games of the Premier League season, Manchester United have conceded 21 goals; they’ve never previously conceded more at this stage of a season in the competition. Wheel. pic.twitter.com/YleGFnzYuI

Donny van de Beek – a midfielder so underused it has become a tedious narrative – proved a bright spark off the bench and is one player who will surely be relishing the opportunity under a new manager once an appointment is finalised.

Solskjaer’s sacking has been expected given the ineptitude of the Red Devils’ recent performances, as far cry from the golden era the Norwegian once formed a part of and sought to return to Old Trafford.

Alex Oxlade-Chamberlain has had a frustrating period on the sidelines at Liverpool, but this weekend seized his latest chance to send a message to Jurgen Klopp.

The midfielder was an impressive performer as the Reds thrashed Arsenal 4-0 at Anfield, hassling his former side with the intensity of his pressing and breaking forward to join Liverpool’s front three.

Injury issues have handed the 28-year-old three successive starts and his latest was his best performance to date, Oxlade-Chamberlain increasing in confidence and momentum in the Reds’ engine room.

STAT: As well as regaining possession on four occasions against Arsenal, Alex Oxlade-Chamberlain made three tackles [only Kostas Tsimikas made more for the home team], an interception, a block and a clearance. He completed 76 per cent of his passes. #awlive [the athletic] pic.twitter.com/YGIvPX0tqV

At his best, he is a footballer who can add drive and third-man running to a Liverpool side, with the midfielder leading his teammates for pressures and carries into the final third against the Gunners.

With Fabinho dominant in the anchor role and Thiago Alcantara exerting control alongside him, Oxlade-Chamberlain was able to demonstrate the dynamism that makes him a unique option amongst Klopp’s midfield contingent.

Nuno Tavares has made an encouraging start to his career with Arsenal, but the left-back endured a torrid time as the Gunners were beaten in emphatic fashion at Liverpool.

Mikel Arteta placed his faith in the 21-year-old summer signing despite Kieran Tierney’s return to fitness, but it was a gamble that backfired as Liverpool’s forward pressure saw the north Londoners wilt.

More experienced full-backs than Taveres have struggled with Liverpool’s twin threat of Mohamed Salah and Trent Alexander-Arnold, and it was that duo – combined with the aforementioned Alex Oxlade-Chamberlain – who forced the youngster’s mistake for the crucial second.

Running inside into trouble as red shirts swarmed him, Tavares’ blind pass into Diogo Jota gifted Liverpool a second goal and largely ended the game as a contest.

It was a nightmare moment for the Portuguese defender, with Arsenal’s continued determination to play out from the back proving a mistake and playing into the hands of Liverpool’s press.

Christian Benteke’s career with Crystal Palace has had its fair share of ups and downs, the Belgium international enduring barren periods and losses of confidence.

Benteke enjoyed a strong finish to last season and has taken that form into the current campaign, however, scoring four goals from eight starts for Patrick Vieira’s side.

The arrivals of Odsonne Edouard and Jean-Philippe Mateta have increased competition for places, but Benteke has thrived when handed his chance and starred during the 3-3 draw with Burnley this weekend.

The 30-year-old scored twice and won seven aerial duels, with the forward now trailing only Mohamed Salah for away goals scored since last December.

Notoriously a physical handful and dominant in the air, a fit and firing Benteke can be a major weapon in Vieira’s armoury of attacking talent.

It’s now six games without a win for Everton following their 3-0 loss at Manchester City, a winless run that has seen early-season optimism fade rapidly.

The Toffees were dominated from start to finish as the Premier League champions strolled to three points, having just 23% of the possession and failing to register a single shot on target.

Allan was amongst a collection of players who struggled, the combative midfielder failing to lay a glove on City as their carousel of possession frustrated the visitors.

The Brazilian also saw his half-clearance smashed in from distance by Rodri for City’s second, compounding a miserable afternoon’s work for both Allan and Everton.

Having been prevented from backing Benitez following previous regimes of wasteful spending, the mediocrity of this Everton squad is seeping through.

N’Golo Kante returned to haunt Leicester this weekend with a starring performance for Chelsea’s title-chasing side, the midfielder remaining a unique force whenever selected in the west London side’s midfield.

Kante’s incredible energy has made him one of the best midfielders of his generation and his box-to-box drive was the highlight of a complete Chelsea performance at the King Power Stadium, the title credentials of Thomas Tuchel’s side on show in arguably their best showing of the campaign.

The France international’s bursts forward caused problems all afternoon and his display was rewarded with a fine solo goal, charging forward unchallenged into enemy territory before firing past former teammate Kasper Schmeichel from the edge of the area.

Having endured a stop-start beginning to the Premier League season, Chelsea will be hoping their indefatigable star can find a run of consistency as the Blues look to maintain their position at the top of the division.

Graham Potter’s work at Brighton has been widely praised in footballing circles, having made the Seagulls one of the most easy-on-the-eye sides in the Premier League.

Brighton’s strong start further increased the plaudits around Potter, but this weekend’s defeat at Aston Villa has raised fears that the Seagulls’ season could be unraveling.

Brighton are winless since mid-September, a run of seven league fixtures that has seen losses to Manchester City and Aston Villa punctuated by five draws.

Familiar flaws resurfaced against a Villa side determined to secure a result in Steven Gerrard’s debut, a lack of cutting edge evident despite boasting 63% of the possession at Villa Park.

The failure to sign a centre-forward during the summer could prove costly, with Brighton lacking the clinical touch to match the control often exhibited.