Clearly, Van de Beek has not quite been treated the way he would have wanted this season. Indeed, Ole Gunnar Solskjaer’s reluctance to play him has afforded the midfielder just 60 minutes in the Premier league this season.

Indeed, a move away from Old Trafford makes a lot of sense to revive Van de Beek’s career.

Kenny feels that Everton – who were interested in the summer – should once again attempt to sign the Dutchman, per Football Insider.

“Well that makes sense, doesn’t it?” he said.

“Van de Beek hasn’t been getting a game and he’s a young player who will be wanting to play football.”

“If you have the chance to go to Everton, where you can get first-team football, why not?”

Indeed, Everton’s midfield has been hampered with injuries. Abdoulaye Doucoure begun the season in red-hot form, scoring two goals and assisting four in eight games. His injury, as well as one to Tom Davies, has hindered the Toffees midfield options.

Indeed, the addition of a player of Van de Beek’s quality would help boost the side. What’s more, he would surely become a mainstay of the side given his talent.

However, with Ole Gunnar Solskjaer no longer at the helm at Man Utd, Van de Beek may be afforded more playing time. A new manager coming in may look on him more favourably.

Especially after his impressive goalscoring performance in his 45 minute outing against Watford at the weekend; a game in which he was one of United’s shining lights. 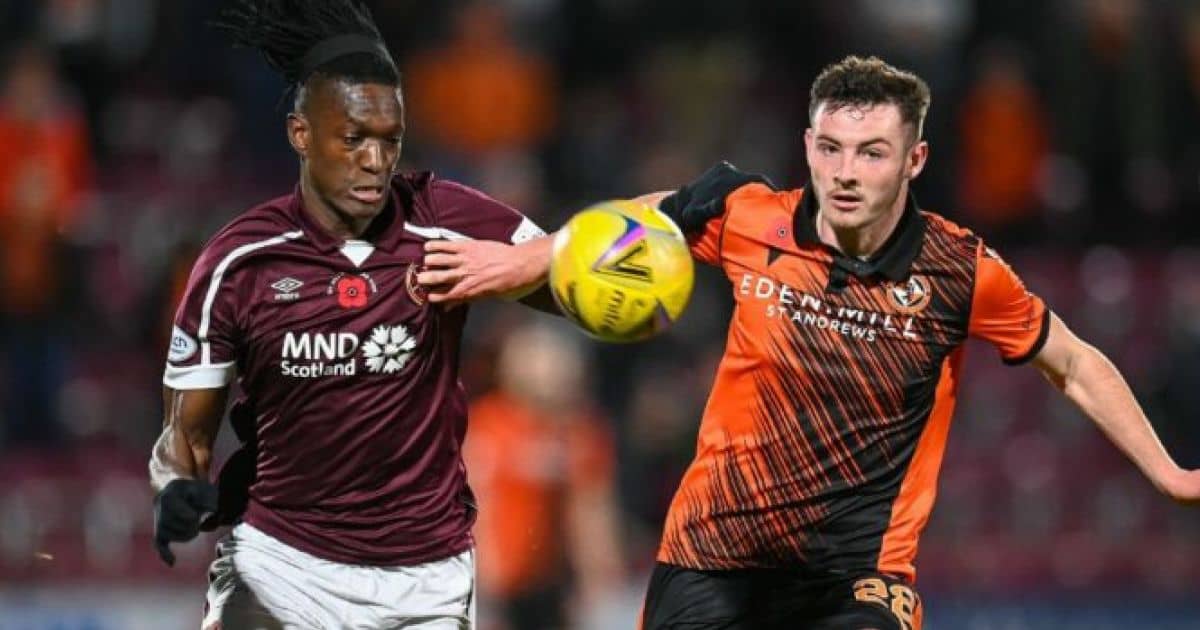 Everton look to be in the best position to land young Dundee United defender Kerr Smith, we can exclusively reveal.

The youngster trained with Everton, among other Premier League sides, before signing for the Terrors.

Everton have been scouting Smith throughout the season, and have held talks over a potential deal.

The youngster would likely be loaned back to Scotland if the Toffees were to land him.