Tuchel says battling Atletico can bring out the best in Chelsea

Tuchel says battling Atletico can bring out the best in Chelsea 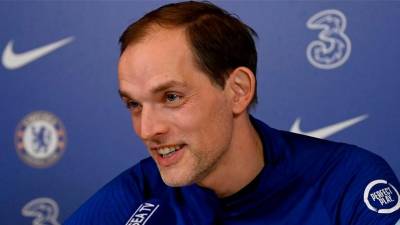 Chelsea are unbeaten in seven matches in all competitions since Tuchel was named as manager to replace club great Frank Lampard, but he said the Londoners will have to be at their best against Diego Simeone’s battling side.

“We’ll do things our way, they’ll do things their way. It’s clear what you get when you play Atletico – fighting, experience, a team with a good mentality.”

Tuchel will be without experienced defender Thiago Silva with the Brazilian recovering from a knock but midfielder Kai Havertz and forward Christian Pulisic are in contention.

Atletico were due to host the match in Madrid before it was moved to Romania’s National Arena as Spain banned arrivals from Britain, with the exception of passengers who are residents or citizens of Spain or Andorra, due to the COVID-19 pandemic.

“Yeah, it’s a disadvantage for Atletico to lose their home ground,” Tuchel added.

Tuchel hauled off Callum Hudson-Odoi after bringing on the England international as a substitute in Saturday’s 1-1 draw at Southampton but the manager said the winger would travel to Bucharest for the game.

“We decided to speak to him in front of the group. Was it the right decision? I don’t know. We did it in front of a group because it’s not a big thing,” Tuchel said of his decision in the Southampton game. – Reuters