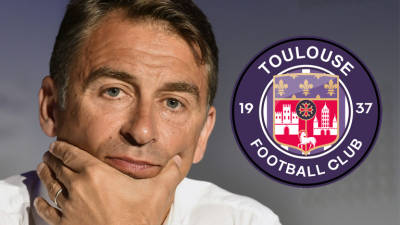 TOULOUSE: Toulouse have appealed their relegation from Ligue 1 following the ending of the French football season, the club’s president said on Friday.

The league’s bottom side, who were 17 points from safety when the season was suspended in March, were sent down to the second tier with Amiens following last month’s decision to curtail the campaign.

“If I’ve taken this decision to go to the courts to defend our rights, it’s to ensure sporting fairness. There were more than 30 points in play,” Olivier Sadran (pix) wrote in a letter to Toulouse’s sponsors, seen by AFP.

The southern outfit looked certain to be relegated before the season was put on hold.

They were on a miserable run of 17 defeats from 18 league games and had gathered just 13 points all season, having not won a match since October.

Should the decision be confirmed they could take part in an expanded 22-team Ligue 2 after Wednesday’s vote at a general assembly of clubs in the top two tiers, although the French Football Federation needs to approve the move.

Toulouse could also be playing under new owners following Thursday’s announcement of negotiations to sell 85% of the club to American investment group RedBird Capital Partners.

Sadran, who has owned Toulouse since 2001, said he hopes to finalise the sale “before July 15”. – AFP

Tuchel surprised by Chelsea levels; picks out fringe man under Lampard as ‘key’