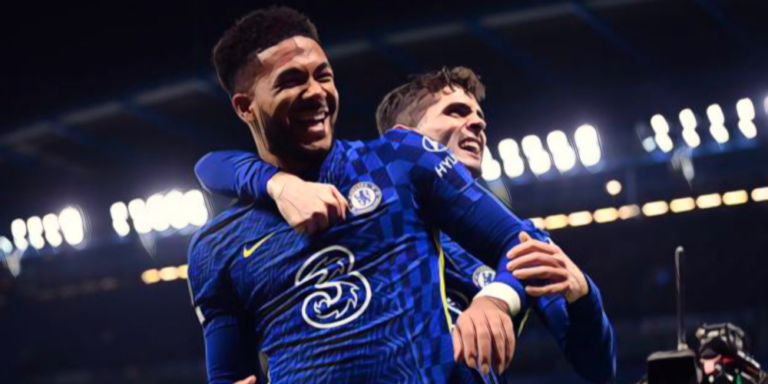 Chelsea ran out resounding 4-0 winners with a thoroughly dominant performance as they outclassed Juventus at Stamford Bridge to underline their European credentials.

Juventus came into the game having already qualified, while Chelsea only needed a point to book their place in the last 16, though they didn’t rest on their laurels as they took the game to the Italian giants.

Thomas Tuchel’s side dominated proceedings right from the off, and would go ahead after 25 minutes, Trevoh Chalobah lashing the ball home after Antonio Rudiger had nodded down from a corner from the left.

In a rare attack forward, Juventus looked like they would draw themselves level minutes later, former Chelsea striker Alvaro Morata lifting the ball over Edouard Mendy, only for veteran defender Thiago Silva to follow the ball and acrobatically clear off the line.

The European champions continued to dominate after the break, and extended their lead with two quickfire strikes. First, Reece James continued his fine goalscoring season as he controlled the ball on his chest before firing an absolute cracker into the back of the Italian’s net following a cross from Ben Chilwell.

James would be involved again as it became three just two minutes later, the wing-back finding Ruben Loftus-Cheek in the box, and after the Englishman had danced past a couple of challenges, he picked out Callum Hudson-Odoi who stroked home from just outside the six-yard box.

5 – Reece James (5 goals, 5 assists) is one of only two players to both score 5+ goals and assist 5+ goals in all competitions for Premier League clubs this season, along with Mo Salah (16 goals, 7 assists). Hot. pic.twitter.com/Vk1iVJlxza

Chelsea would wrap up the resounding victory in the fifth minute of stoppage time, James pinging the ball out to Hakim Ziyech on the left, before the Morrocan zipped a low cross back into the box to the awaiting Timo Werner, who prodded home from close range.

It was a truly dominant display from start to finish for the Premier League leaders, with Morata’s cleared effort the closest the visitors came to unlocking the deadlock.

“We wanted to stay patient but at the same time not fall asleep,” Tuchel told BT Sport.

”We wanted to increase the rhythm and intensity. It’s so tough to create and score but we created so much. An amazing performance and a fantastic result.

“We were sharper than in Turin, we trook more risks, something we lacked in Turin. By control you cannot hurt them – you need to penetrate with runs off the ball. We were very good and scored nice goals.

“I feel very aware that we do the invisible work and when we have to defend we really defend and dig in.”

Not only did the victory book the west London outfit’s place in the last 16, it also moved them above Juventus at the top of Group H, meaning they only need to match the Italian side’s result in matchday six to earn a potentially more favourable draw in the first knockout game.

The post ‘An amazing performance’ – Tuchel beams as dominate Chelsea beat Juve 4-0 at the Bridge first appeared on The Football Faithful.