Liverpool midfielder Thiago Alcantara is convinced he made the right choice moving to Anfield and is fully committed to the club despite being linked with a return to old club Barcelona.

Reports in Spain are claiming that new Barca boss Xavi wants to bring his former team-mate back to the Nou Camp, as he looks to revitalise a club that is financially crippled and way off the pace in the race for the LaLiga title.

Thiago has had a difficult start to his first 18 months in England. He contracted Covid-19 shortly after arriving and was then sidelined for almost three months with a knee injury sustained in his first Merseyside derby.

A calf problem has only just seen him return from another two-month absence. But despite all those issues meaning he has never been able to fully show his worth to Jurgen Klopp, the 30-year-old is convinced he made the right choice to move from Bayern Munich.

“One hundred per cent I made the right choice, the right move,” he said.

“You never know because the injuries make you stop your frequency to play, to know much more of how your team performs on the pitch.

“You can watch your football every time and the theory is awesome but the practice is even better.

“I hate that me and my team-mates got injured but it’s part of our job and part of life. When we are fit we have to have as high performances as we can.”

On those links with a return to Barcelona, he added: “As I always have been, I am a guy who plays football. I am not concerned about the rumours.

“I’m focused on the duty I have with my team and the years I have in contract with my team.

“I just want to know about this new adventure that I have here in the Premier League and to try to win all the trophies I can and my commitment is much more with this team.”

Thiago has point to prove to Liverpool fans

Thiago is now determined to show that he can be the world class playmaker that Liverpool bought him for.

Asked why he chose to join the Reds, the midfielder added: “Because I wanted to win. I wanted to go away from my comfort area and try new things.

“It’s football, it’s about learning. With my experience and knowledge in football I can be better learning new things, so why not? At the end, I want to win. 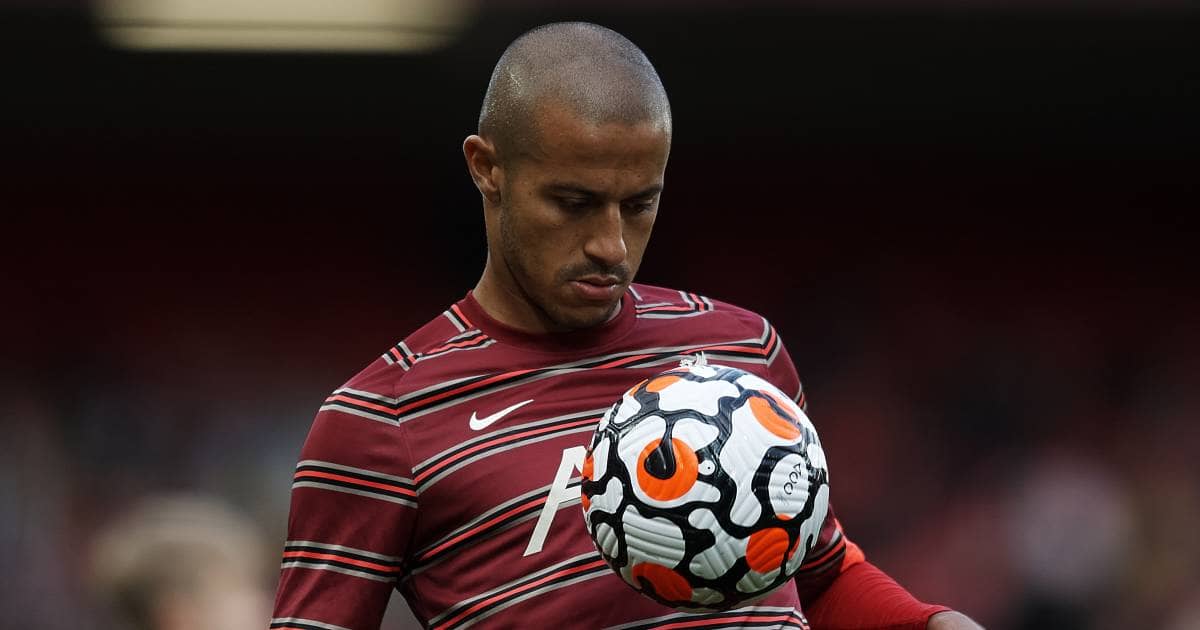 “That’s the biggest thing I have in my mind, I want to be dominant in a game. Why not here with Jurgen and these team-mates?”

Thiago is one of the few players to have benefited from being coached by both Klopp and Pep Guardiola.

“You can see the difference between Jurgen and Pep,” he said ahead of the Champions League dead rubber at home to Porto.

“They both have the same charismatic character and have a group in their hands. They know what to do to make them perform better and to help them in difficult situations.

“The similarities are there and the differences you can see how the teams play. One has more possession and one has wildness with control, at the same point.

“It’s great, both are doing what they want in the greatest way football can bring.”