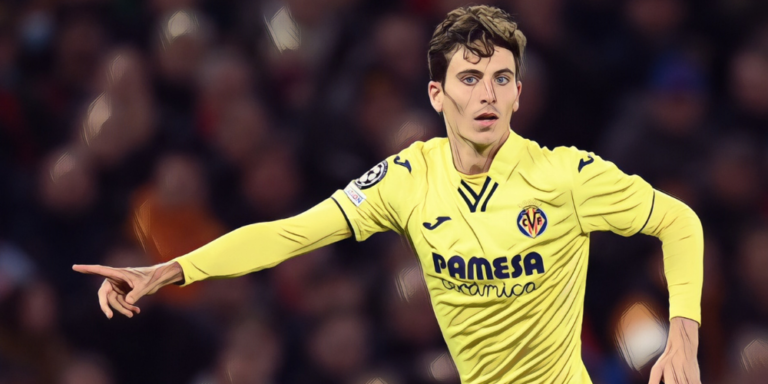 Pau Torres has revealed why he turned down interest from the Premier League and Europe in favour of remaining with Villarreal.

Torres was linked with a move away from the Spanish side during the summer following a series of impressive performances from Villarreal, the centre-back a reported transfer target for Premier League sides after his role in the club’s Europa League triumph.

The 24-year-old turned down the chance to leave Villarreal, however, with Torres insisting the chance to play Champions League football with his hometown side was too great a pull.

“The pull of playing the Champions League with the team from my town was bigger,” he told the Guardian. “I was clear from the start.

“This is only the fourth time Villarreal reached the Champions League, which shows how hard it is and it was a dream to play the competition with my lifelong club. The president didn’t put pressure on me, even though they could make a lot of money. He always said ‘the decision’s yours,’ that he’d respect it. I appreciate that.

“What I could experience with the club was unrepeatable. I’m comfortable in my town, with my people close, and the group we have and the people we signed – [Arnaut] Danjuma, Boulaye [Dia], Gerard [Moreno] renewed … – meant we had a team to do great things. I’m enjoying it. It’s a special year, the group is very close, that’s why I stayed.”

Villarreal face Manchester United in the Champions League this evening with the two teams locked together on seven points at the top of Group F, and Torres insists he will continue to ignore transfer talk with his immediate focus on enjoying a successful season with Unai Emery’s side.

“Well, I still have a contract with various years left [until 2024],” he said. “I thought about what was best for me in the present. I really wanted to play this competition with Villarreal: you don’t know when that opportunity will come again.

“Let’s see how far we can go. We want to get out of the group, then it’s two-legged and that situation’s one we experienced last year in the Europa League and feel comfortable with.”

The post Premier League linked Pau Torres reveals why he opted to stay with Villarreal first appeared on The Football Faithful.