Man United have ‘pretty much’ full squad back for Newcastle trip

Man United have ‘pretty much’ full squad back for Newcastle trip 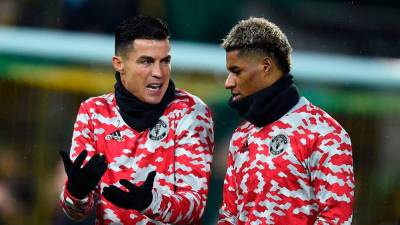 MARCUS Rashford said Manchester United have almost a full squad back in training ahead of a trip to Newcastle United on Monday after a COVID-19 outbreak forced the postponement of two games.

United last played in a 1-0 win over Norwich City on Dec. 11, with their fixtures against Brighton & Hove Albion and Brentford among several Premier League games that could not go ahead as planned.

They trail leaders Manchester City by 17 points but have played two games fewer.

“The lads have been training and today we brought all the rest of the lads back to training, there are only a couple left that will be coming in tomorrow,“ Rashford told the club’s website.

“So, we’ve pretty much got the full squad back, which is a positive going into the week.”

United then face Burnley in their last game of the year and Rashford said it was important to build momentum if they are to get their hands on silverware.

“If we have a good Christmas period now, then we can keep that momentum going and that will take you into the big games where the trophies are, come the end of the season,“ Rashford said.

United’s bench will also feature a new face when they visit Newcastle, with head coach Ralf Rangnick bringing in Ewan Sharp as an assistant coach and analyst, after the hires of Sascha Lense and Chris Armas in recent weeks. – Reuters