Narratives: The stories set to dominate before the January transfer window SLAMS shut

Narratives: The stories set to dominate before the January transfer window SLAMS shut 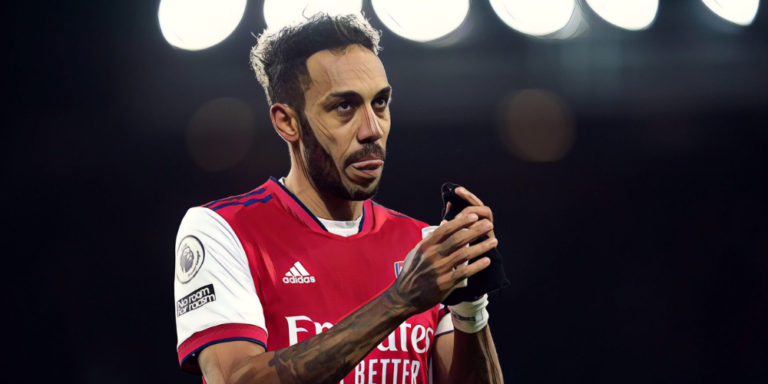 Premier League transfer windows are always a period of intense rumours and speculation, January once again set be a time in which the gossip columns hit overdrive.

The mid-season market provides Premier League clubs with a chance to assess their squads and strengthen ahead of the second half of the campaign, with sides currently identifying potential transfer targets.

Ahead of what promises to be a fascinating frenzy of transfer rumours and potential deals, we’ve decided to look at the narratives that are set to dominate Premier League headlines this January.

There will be plenty of eyes on Newcastle and their new ownership during the winter window, which provides the Magpies with a first chance to invest since the club’s billionaire-backed Saudi-led takeover earlier this season.

Newcastle now possess world football’s wealthiest ownership and their rich resources have led to an endless amount of transfer rumours, with Eddie Howe’s squad in desperate need of investment with the club currently mired in the Premier League’s relegation places.

Attracting leading names will be difficult given the Magpies’ perilous position in the bottom three, but the prospect of an exciting project at St James’ Park could tempt a better quality of player to Newcastle next month.

Newcastle have just one win in the Premier League this season and an overhaul of their defence will be the leading priority for Howe and his staff, a backline that has been neglected in recent windows and who have struggled at top-flight level this term.

It will take multiple additions to halt Newcastle’s current slide towards the Championship and expect business to be busy in the North East as the Magpies’s board inject much-needed investment.

The mid-season scheduling of the Africa Cup of Nations has been a regular problem for Premier League managers, with Liverpool set to be amongst the worst-hit clubs ahead of next month’s tournament.

Jurgen Klopp will lose Mohamed Salah, Sadio Mane and Naby Keita to international duty during a crucial period in the season, the departure of the former two in particular posing the German with a headache.

Salah has been sensational this season to lead the Premier League for both goals and assists, whilst Mane has also been in fine form with nine goals across all competitions as Christmas approaches.

Most goals scored across all club competitions in 2021 by players from AFCON-qualified nations:

Under a month to go.

Salah and Mane are expected to miss 2-3 league fixtures should their sides reach the latter stages, alongside the FA Cup third round tie with Shrewsbury and fourth round fixture should the Reds progress. Each will also miss the Carabao Cup semi-finals should Liverpool beat Leicester in the last eight on December 22.

The simultaneous loss of both players is a huge blow and the Reds’ options beyond Diogo Jota and Roberto Firmino remain unconvincing, with neither Divock Origi nor Takumi Minamino having started a league fixture this season.

Liverpool have been minimal spenders in recent windows, but could enter the market next month for the right forward player in order to boost their hopes of regaining the Premier League this season.

A position each top six side needs to strengthen in January

Pierre-Emerick Aubameyang has found himself exiled at Arsenal in recent weeks, stripped of the club captaincy and omitted from recent matchday squads following a disciplinary breach.

Aubameyang’s future remains unclear as Mikel Arteta considers his options, with the forward’s ineffective performances this season having hardly made his absence a problem, with Arsenal winning each of their past three league fixtures.

Alexandre Lacazette has returned to the side and impressed with his selfless leading of the line, whilst the Gunners’ exciting core of youngsters continue to go from strength to strength.

Barcelona are reportedly considering a loan approach for Aubameyang, whose £350,000-a-week wages will provide a stumbling block to a potential exit. Given his decline and Arsenal’s new direction, however, an exit may just suit all parties.

Manchester United have placed their trust in Ralf Rangnick until the end of the season and are set to back the interim manager with funds during the January window.

The German – who oversaw the data-driven signings of stars such as Erling Haaland, Sadio Mane, Joshua Kimmich and Timo Werner during his time as sporting director of Red Bull Salzburg and RB Leipzig – will move into a consultatory position at the end of the campaign and is set to be a prominent figure in recruitment at Old Trafford.

Rangnick’s recruitment will be centered around players that suit his high-intensity philosophy and it has come as little surprise to see the likes of RB Leipzig midfielder Amadou Haidara linked with a move to the Premier League.

The midfielder is well-schooled in a style similar to Rangnick’s and Haidara possesses the attributes to make a huge difference in a Red Devils’ engine room that has regularly been maligned.

Elite athletically and comfortable as an anchor or in box-to-box role, reports of a £33m release clause at the Bundesliga side have made him a viable transfer target.

Antonio Conte is another manager who will be granted a first chance to shape his squad next month, having inherited the current version of Spurs from the sacked Nuno Espirito Santo.

Conte is relentless in his demands from his players and his squad will already be aware of what it will take to win his trust, with the Italian demanding nothing less than 100% and full-blooded commitment.

Conte’s preference has often been for a wing-back system and three central defenders, areas which could become the focus of the winter window with a number of Spurs’ current options having struggled.

Emerson Royal has failed to adapt as hoped at right-back following his summer arrival from Barcelona, whilst reinforcements could also be sought at centre-back with the 52-year-old’s best sides built from the backline.

Midfield is another area that could be addressed, though the performances of Dele Alli and Harry Winks against Liverpool this month have sparked optimism that the duo could salvage careers under Conte.

Michail Antonio began the season in blistering form to score four times in his first three Premier League appearances, but the West Ham forward has struggled in recent weeks and looks visibly impacted by his heavy work-load.

West Ham failed to sign a centre-forward last summer with the versatile Nikola Vlasic arriving as an attacking reinforcement, though the Croatian has made just one league start and totalled just 147 minutes of Premier League action.

Antonio is currently in the midst of an eight-game goal drought and has not netted in the Premier League since October, the 30-year-old in desperate need of assistance if the Hammers are to maintain their push for Champions League qualification.

“I am getting frustrated in myself having not scored in so many games, so you don’t need to get on my back as I’m already on my own back. I am going to go out there, give my all and hopefully this week I can put the ball in the back of the net.”

The Jamaica international has failed to find his all-action best in some weary performances of late and the signing of a centre-forward should be high on Moyes’ agenda next month. The Scot is often cautious with his spending unless the right player becomes available, but West Ham’s season could hinge on whether goalscoring reinforcements are source in January.

Leeds are hovering just above the Premier League’s relegation places following a disappointing season so far, their hopes of repeating last season’s top-half finish hindered by a host of injuries to key personnel.

Patrick Bamford has made just five Premier League appearances this season as the forward continues to deal with injury problems, whilst the likes of Diego Llorente, Kalvin Phillips, Rodrigo, Pascal Struijk and Liam Cooper have all endured spells out of the side.

Due to injuries, Leeds United have named youngster Archie Gray on the bench versus Arsenal

January provides Marcelo Bielsa with an opportunity to strengthen his squad with the manner of recent defeats to Manchester City and Arsenal having been concerning, conceding 11 goals and failing to look like the vibrant side that won admirers in 2020/21.

Leeds have been linked with the signings of Weston McKennie from Juventus and Blackburn forward Ben Brereton Diaz, the latter having been in superb form to score 19 goals in 22 Championship appearances.

Each appear tailor-made for Leeds with their athleticism and energy, whilst there are also rumours of renewed interest in Huddersfield midfielder Lewis O’Brien.

The transfer window will open with uncertainty surrounding a whole host of impending free agents, some notable Premier League names having entered the final months of their existing contracts.

Paul Pogba headlines the contingent of 2022 free agents and the Manchester United midfielder will be free to negotiate with foreign sides when the winter window opens, whilst Chelsea are yet to finalise new deals for Antonio Rudiger, Andreas Christensen and Cesar Azpilicueta with each attracting interest.

Christensen, Thiago Silva, Rüdiger and Azpi currently out of contract in 2022. Chelsea manager Tuchel: “This feeling will disappear soon. These players now how much we appreciate them and how they are in our plans. They are a presence in the team and club” @NizaarKinsella

Whilst it would come as a surprise to see any of those names leave in January, there is a strong possibility that the likes of Manchester United (Jesse Lingard) and Arsenal (Eddie Nketiah) could look to recoup fees for out of favour and soon-to-be out of contract players next month.

James Tarkowski is another name who could be on the move with Newcastle and West Ham reportedly keen, though Burnley face a decision on whether the centre-back is more valuable to their relegation fight than the fee the Clarets could recoup in January.

The post Narratives: The stories set to dominate before the January transfer window SLAMS shut first appeared on The Football Faithful.