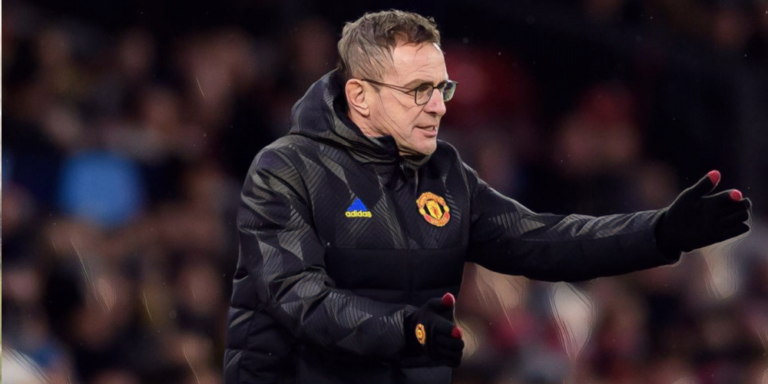 Ralf Rangnick has revealed that Manchester United have an almost full compliment of players to choose from ahead of Monday night’s trip to face Newcastle.

United closed their training ground down last week after concerns over rising Covid-19 cases among the squad, the decision having been vindicated with Rangnick set to be missing just the injured Paul Pogba for the clash at St James’ Park.

The Premier League is currently dealing with rising coronavirus cases across the division, with Liverpool vs Leeds and Wolves vs Watford having already been postponed ahead of the Boxing Day schedule.

“Yes, as you know, we had last week, the last training session on Thursday, on that day we had eight outfield players and three goalkeepers and then we closed down the training ground for four days in order to break the chain,” Rangnick said at his pre-match press conference.

“Today was the third day of training this week, we started on Tuesday, we trained yesterday and today.

“Today we had 25 outfield players. Paul Pogba is the only one missing, everyone else was on board. The development in the last week was extremely positive.”

The German provided an update on those returning after spells on the sidelines through injury, with Raphael Varane, Edinson Cavani, Anthony Martial and Aaron Wan-Bissaka all in contention to feature.

“Well as far as I could see in training today, they are all in good shape,” he added.

“They did their homework, they all have their schedules to train at home and they stuck to that schedule and programme.