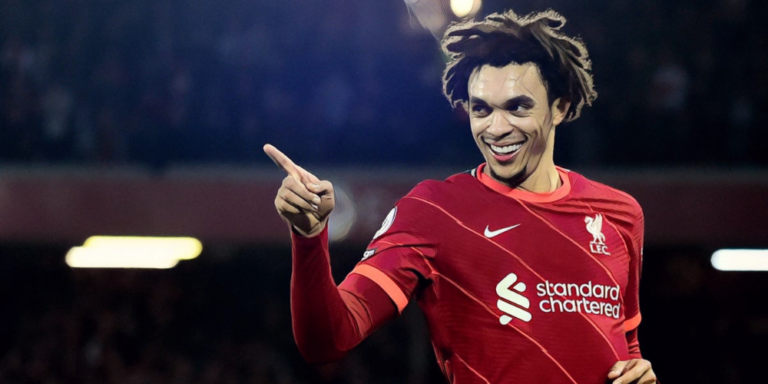 English football is currently home to some of world football’s finest full-backs, with the Premier League’s leading sides boasting a collection of defenders capable of their own match-winning moments.

From creating chances, to defensive duties and even popping up on the scoresheet, full-backs have arguably never been more influential than in the modern game and we’ve decided to look at the best attacking defenders in the division right now.

Here are our rankings of the five best attacking full-backs in the Premier League right now.

Antonio Conte’s arrival at Tottenham has seen a shift to a wing-back system and one player who has benefitted from the Italian’s unrelenting demands and tactical approach has been Sergio Reguilon.

The Spanish left-back has always possessed talent but struggled for form during the season’s early weeks, but has been a player reborn during the infancy of Conte’s reign.

Reguilon has already improved his numbers for expected assist, expected goals and key passes per 90 minutes, whilst there has been a notable increase in his involvement in Spurs’ approach play.

The 25-year-old – who was named as La Liga’s best left-back during the 2019/20 campaign – has scored once and provided three assists during the current season so far, whilst he has the raw attributes and right manager to improve those numbers across the remainder of the campaign.

Andy Robertson has been a model of consistency in recent seasons for Liverpool, forging a reputation as arguably the world’s leading left-back across four-and-a-half campaigns at Anfield.

The Scotland captain is amongst the most well-rounded full-backs in the division, possessing endless stamina, speed, defensive tenacity and dangerous delivery from wide.

Robertson has recorded an impressive 40 assists from just 146 league appearances for Liverpool, including five this season with only one full-back – teammate Trent Alexander-Arnold – having provided more in the Premier League in 2021/22.

Andy Robertson in the Premier League for Liverpool:

Trent Alexander-Arnold in the Premier League for Liverpool:

Robertson shares set-piece duties for the Reds and if the 27-year-old – who scored during last weekend’s draw with Tottenham – can add goals to his game he will have a strong claim as the best full-back in the Premier League.

Reece James has taken his game to new levels across the opening months of the current campaign, becoming an irreplaceable figure in Thomas Tuchel’s team at Stamford Bridge.

Chelsea have relied heavily on the wing-backs in Tuchel’s system for creativity and goal threat this season, with James having led the way with five goals and six assists across all competitions for the west Londoners.

Reece James dominating at both ends of the pitch against Juventus

James’ strength and speed has been added to with an increasing quality in the final third, including compiling a fine collection of goals with the right-back’s rocketed efforts fast becoming a trademark.

The 22-year-old has provided an impressive nine goal involvements in just 14 Premier League appearances so far this season and ranks behind only Alexander-Arnold for chances created per 90 minutes amongst the names on this list.

Joao Cancelo has evolved into one of the most complete footballers in the Premier League, with the full-back becoming the perfect Pep Guardiola performer with his ability to star in almost any area of the pitch.

Cancelo starts as a nominal full-back but can often be found drifting across the pitch, tucking into midfield to create overloads and occasionally driving inwards into advanced central positions.

João Cancelo is in ridiculous form this season

The Portugal international leads his Manchester City teammates for shots this season, whilst he ranks second behind only Gabriel Jesus for assists after recording four for the campaign to date.

Cancelo has also enjoyed an excellent season on the Champions League stage, registering five goal involvements in five appearances, including becoming just the eighth Premier League player to provide three assists in a single fixture after achieving the feat against Club Brugge.

Trent Alexander-Arnold has set unprecedented standards for attacking contributions from full-back, with the Liverpool star once again leading his contemporaries with eight assists for the 2021/22 campaign so far.

Alexander-Arnold has created a huge 3.3 chances per game during the current season, whilst he leads this shortlist per 90 minutes for successful long passes (6.4), crosses attempted (9), crossing accuracy (31.2%) and successful open-play crosses (1.3).

The 23-year-old’s range of passing has become a potent weapon for Jurgen Klopp’s side, with Alexander-Arnold’s technique both creating chances and setting his side forward with signature switches to Andy Robertson on the opposite flank.

He has also scored two goals for the season so far, netting a fantastic free-kick at West Ham, before a thunderous strike in the win over Newcastle at Anfield last week.

This season has seen Alexander-Arnold average a goal contribution rate of better than one every other game, whilst he recently reached 50 goal involvement in the Premier League (40 assists, 10 goals) in just 144 top-flight appearances.

The post Ranking the five best attacking full-backs in the Premier League right now first appeared on The Football Faithful.