Six January signings that could save Newcastle’s season

Six January signings that could save Newcastle’s season 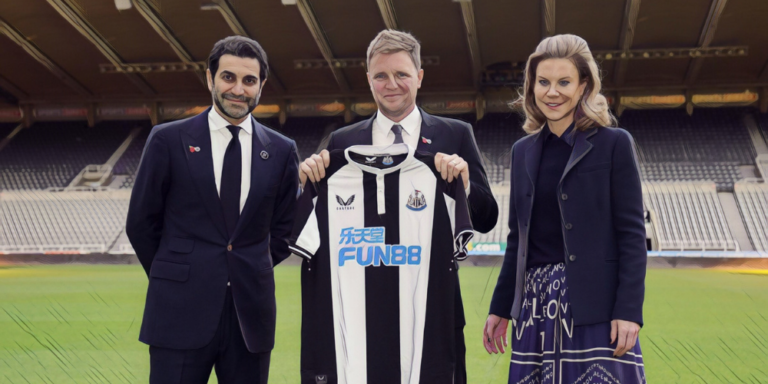 There has been no shortage of transfer rumours surrounding Newcastle since the club’s billionaire-backed takeover, with the upcoming January window providing the Magpies with a chance to invest in their squad.

Eddie Howe’s side are mired in the Premier League’s relegation places and have won just once so far this season, next month a pivotal period for the new regime as the club’s recruitment staff look to splash the cash and desperately bring in reinforcements.

We’ve decided to look at some of the potentially attainable targets rumoured to be of interest to Newcastle next month, here are six January signings that could save the Magpies’ season.

Jesse Lingard’s future remains uncertain with the midfielder having found himself on the fringes of the Manchester United side this season, having failed to receive the minutes he was promised after returning from a loan spell at West Ham.

Lingard starred during his spell at the London Stadium over the second half of last season, scoring nine goals in just 16 appearances to earn a recall to the England squad.

United failed to cash in on the 29-year-old last summer whilst his value was at an all-time high, with his price-tag significantly reduced as January approaches – given his deal expires at the end of the season.

He has failed to start a Premier League fixture this season and totalled just 88 minutes across eight substitute appearances, a move needed to revive his career once again after another spell on the sidelines.

West Ham remain the favourites for his signature should a move materialise in January, but Newcastle could out-bid the Hammers and secure a player who immediately improves their midfield options. Lingard’s energy and goal threat could make a huge difference to the struggling side.

The signing of defensive reinforcements will be high on Newcastle’s agenda when the window opens, an area of the squad that has been neglected in recent seasons.

No side has conceded more than the Magpies’ 41 goals this season, a hugely concerning statistic with just under half the season played.

Sven Botman has been linked with a move to St James’ Park in recent weeks, the towering centre-back having previously been a reported transfer target for several Premier League sides.

Newcastle are seriously interested in signing Sven Botman in January. He’s top of the list – but still waiting to know Lille position/price tag. AC Milan are keeping tabs on Botman situation too

Botman signed for Lille from Ajax in 2020 and became a central figure in the club’s shock title success last season, with the Dutchman considered amongst the most promising central defenders in European football.

The 21-year-old ranks amongst Ligue 1’s leading players for % of aerial duels won this season and could be a signing for Newcastle to build their new era around. However, he wont come cheap, with Lille reluctant to lose the defender following their progression to the Champions League’s last 16.

Newcastle are amongst a large contingent of Premier League clubs understood to have enquired into the availability of Kieran Trippier, as several sides look to tempt the England right-back back to the division.

Trippier has spent two-and-a-half seasons at Atletico Madrid and was a key figure in the club’s coronation as La Liga champions in 2020/21, with the Spanish side having been reluctant to entertain offers for the 30-year-old amid reported interest from Manchester United last summer.

United and former side Tottenham are amongst those believed to be monitoring his situation, though Newcastle could outbid their rivals and reports have suggested the Magpies are prepared to make Trippier the highest-paid player in their history.

Newcastle are in need of full-back additions with Jacob Murphy and Matt Ritchie having deputised as auxiliary defenders in recent weeks, though the arrival of Trippier would represent a coup given the club’s current situation.

Should the England international be keen on a Premier League return, however, he could be tempted by a leading role in Newcastle’s ambitious project.

James Tarkowski is another centre-back that has been linked with a move to Newcastle, with the Burnley defender out of contract at the end of the current campaign.

Tarkowski has been a fine performer for the Clarets in recent campaigns, but is believed to be open to a new challenge after five top-flight seasons of largely seeking safety and consolidation at Turf Moor.

The 29-year-old is a commanding presence who ranks second in the Premier League for aerial duels won this season, whilst he is joint-ninth for clearances and has been a leader in the Burnley backline for several seasons.

Tarkowski – who was capped four times by England in 2018 – would be an instant upgrade at the centre of the Newcastle defence, but prising him away from relegation rivals Burnley could prove problematic during the winter window.

Manchester City’s Nathan Ake and the loan signing of Tottenham’s Joe Rodon have been mentioned as potential centre-back alternatives.

Whilst the goals have been leaked at an alarming rate at one end, there has also been an over-reliance on Callum Wilson for goals at the opposite end of the pitch.

Allan Saint-Maximin is the sole player to have joined Wilson in scoring more than one Premier League goal so far this season, a statistic that must improve if Newcastle are to beat the drop.

Moussa Dembele has been named as a potential transfer target and the forward possesses the right profile in terms of talent and attainability for the Magpies to pursue.

Dembele enjoyed a prolific spell at Celtic to score 51 goals in 94 appearances in Scotland, before signing for Lyon in 2018 where he has netted an impressive 49 goals in just 114 games for the French side.

The 25-year-old signed on loan for Atletico Madrid last season but struggled to make an impact amid covid and injury issues in Spain, but has returned to form this season with four goals in just six league starts for Lyon. The French club are understood to be open to his sale should a suitable offer arrive next month.

Dean Henderson is reportedly keen to leave Manchester United on loan next month, having failed to dislodge David de Gea as the club’s number one this season.

Henderson made 26 appearances across all competitions last term, but has been on the fringes in 2021/22 with just two appearances in cup competition to his name.

The 24-year-old has lost his place in the England squad as a result and will be desperate to secure regular opportunities over the second half of the campaign, with Newcastle a realistic destination given the unconvincing performances of Martin Dubravka.

Dean Henderson’s always been respectful and professional but he’s now prepared to leave Manchester United. His priority is to play. Whether it will happen in January or summer, it will depend on the offers

NO talks ongoing with Ajax, as things stand.

Henderson won plaudits during a superb season-long loan at Sheffield United in 2019/20 and will hope to rediscover that form with a change of scenery, whilst an initial loan deal with a potential option to buy could suit both all parties.

Should a move prove successful, Henderson has the potential to be a home-grown and long-term number one for Newcastle for seasons to come.

The post Six January signings that could save Newcastle’s season first appeared on The Football Faithful.