Some players may have legitimate vaccine concerns: PFA chief

Some players may have legitimate vaccine concerns: PFA chief 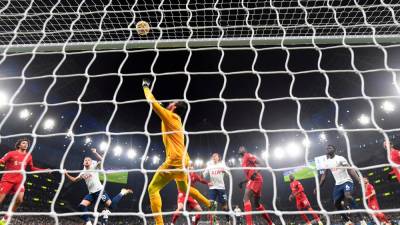 PROFESSIONAL Footballers’ Association (PFA) Chief Executive Maheta Molango said some players may have “legitimate concerns” in deciding not to take a COVID-19 vaccine but the PFA is trying to help them make the “right choice”.

The English Football League said last week that 25% of its players from 72 clubs did not intend to get vaccinated even as outbreaks forced fixtures to be postponed across divisions.

The Premier League, which has also suffered from virus-enforced postponements, said 92% of players and club staff have received one, two or three doses, with 84% of players on the “vaccination journey“.

The English top flight said on Monday there were a record 90 new cases of COVID-19 among players and staff in the last week.

Sports minister Nigel Huddleston has urged footballers to “overcome their reluctance” to get the COVID-19 vaccine because it is their social responsibility.

Molango told the BBC that the PFA supported vaccinations but added it was “only one piece of the puzzle.”

“We have to be careful with over-simplistic assessments of situations,“ Molango said.

“(The players are) the same people that a few months ago, when I was at home and most people were at home, were told go out and play with no vaccines, that there were ‘no worries, you’re going to be fine’.

“We’re trying to help the players make the right choice based on science. They need to listen to the experts but at the same time, we have to acknowledge that certain people may have legitimate concerns.”

Ten Premier League games have been postponed this month due to outbreaks but clubs have agreed to fulfil the busy festive fixture schedule. – Reuters

The English Football League said last week that 25% of its players from 72 clubs did not intend to get vaccinated even as outbreaks forced fixtures to be postponed across divisions. AFPPIX