David Moyes and West Ham have made it to the Europa League on the campaign’s final day. A 3-0 victory over Southampton sealed a sixth and a final Europa League qualifying spot. The hammers had a fantastic season and European football is a thoroughly deserved gift for them.

They finished with 65 points from 38 games in the 6th position after a gruelling season in the pandemic. The tally of 65 points is their highest ever in a Premier League season. This comes as a fantastic improvement after last season’s terrible relegation fight. The hammers were involved in a dogged relegation fight and barely survived thanks to David Moyes. Moyes worked on the squad in the short summer break and delivered few fantastic performances on the pitch.

Our record points total in the @premierleague! pic.twitter.com/1lc01j0IrA

A 6th placed finish guarantees them a Europa League spot without the need for any qualifiers. The Londoners would take some heart from it as they were awfully knocked out from the competition in the qualifier in 2017. David Moyes who has proved his worth in London would be looking to take West Ham deep into the Europa League this time.

West Ham had a well-rounded squad heading into the 2019/2020 season and were headed by a Premier League-winning manager in Manuel Pellegrini. What unfolded shocked the London Stadium faithful. The manager could not inspire the players and were dragging themselves towards relegation. It meant the end for Pellegrini and David Moyes was handed the reins just before the turn of the year. The Scot preserved his record of not getting relegated from the Premier League and kept the hammers up. 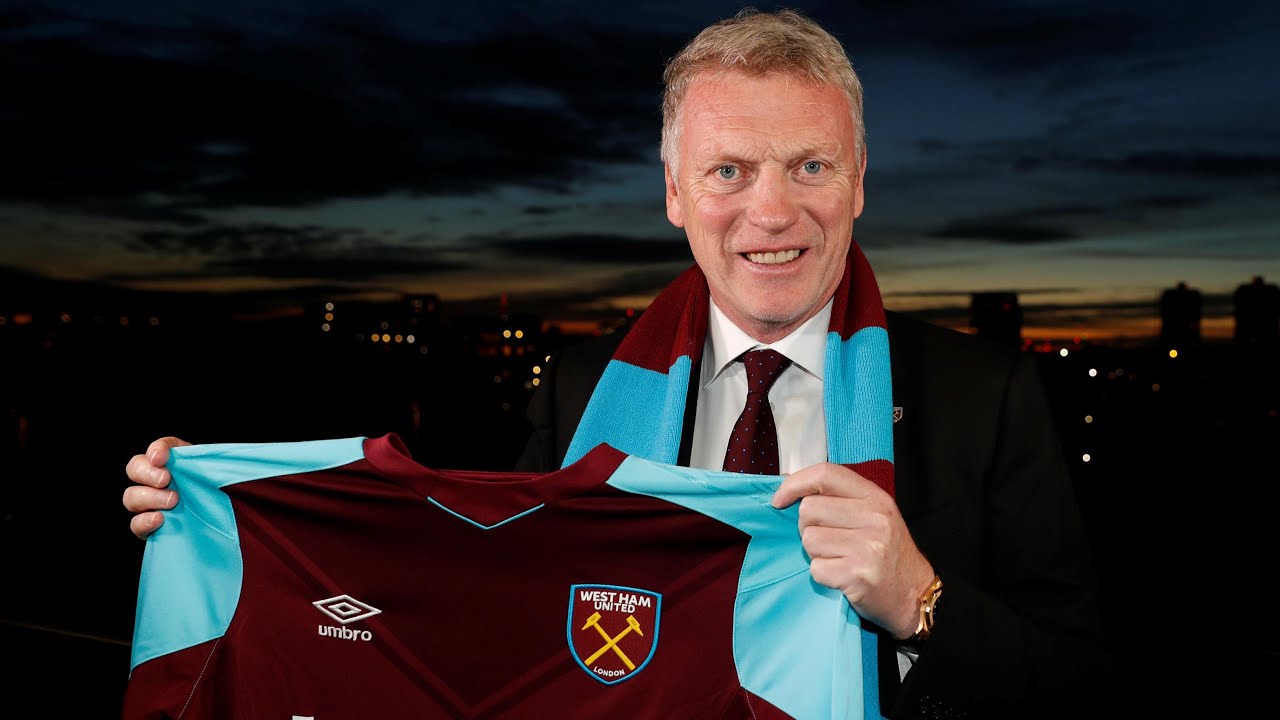 David Moyes was appointed to turn the Hammers’ fortune (Image Credits: The Guardian)

Moyes already succeeded in inspiring the players as he guided them to safety. He was well backed in the transfer window as well. Moyes raided the Czech league and found two diamonds in Tomas Soucek and Vladimir Coufal. Soucek particularly turned out to be another version of Moyes’ all-time favourite Marouane Fellaini.

He also signed players from the Championship like Jarrod Bowen and Said Benrahma and fine-tuned them. Impressively he got the best out of Michail Antonio and the young Declan Rice along with veterans like Angelo Ogbonna.

He used a stable 4-2-3-1 formation in the games where they could attack freely and a defensive 5-4-1 where they were expected to be without the ball for long periods. Moyes had a poor start to the season as they lost two league games consecutively. They turned the tide with a thumping 4-0 win against Wolves. This paved way for a resurgent season.

West Ham were the best of the rest as won comfortably against mid-table clubs and clubs beneath them. They went toe to toe at times with the so-called Big 6 teams. The Hammers took points off Manchester City and Tottenham and were only beaten by Chelsea, Liverpool and Manchester United narrowly. They positioned themselves firmly in European places by the end of January.

Jesse Lingard was brought on from Manchester United on the last days of the winter transfer window. The celebrated English playmaker was frozen at United and West Ham gave him a chance to redeem himself. The 28-year-old showed everyone why he was called the next big thing a few years ago at the London stadium.

He scored a brace on his league debut in February and was unstoppable. Lingard won the player of the month for April after hitting 4 goals and laying an assist. He ended the campaign with a sensational return of 9 goals and 4 assists in 16 games.

Lingard was single-handedly driving West Ham towards a Champions League spot. He was back to his sparkling best at number 10 position. He flashed those silky skill moves and played dangerous through balls and always that attacking run beyond the striker. Lingard surely revived his career at West Ham and his future move would be closely watched now.

GHOSTS FROM THE PAST

David Moyes’ men were in control of their own future with few games remaining in the league. The tight competition for the top 4 meant they had to keep winning in their last 7 games to remain there. They slipped in April as they lost back-to-back games against Newcastle and Chelsea.

It ends in a draw after @Benrahma2‘s late equaliser. #BHAWHU

The players who shone for the majority of the season failed to turn up when it mattered. A loss to Everton and points dropped against Brighton meant they slipped out of the top 4. They won the remaining two fixtures to ensure that they finished sixth. Those 5 points dropped in a week hurt them the most as they finished outside top-4 only by 2 points.

Nevertheless, this marks a remarkable campaign for Moyes and his charges as they make it to Europe for the first time since 2017. The 2017 Europa League campaign saw Slaven Bilic’s, West Ham crash out in the qualifier to Roumanian side Astra Giurgiu. They were supposed to do better but again a sloppy performance in both the legs saw them lose 2-1 on aggregate. A dream Europa run never came to fruition as it was nipped in the bud.

FT: Astra go through 2-1 on aggregate

A BETTER FUTURE AHEAD

David Moyes’s West Ham is built differently. They have experience on their side this time. Youngsters like Declan Rice and Ben Johnson have stepped up from the youth setup. Rice and Soucek have especially formed a dangerous pivot in the heart of midfield. Soucek plays as a towering box to box midfielder and helped himself to 10 goals and 1 assist this season. Rice has developed into a world-class defensive midfielder with his awareness of the game and ball-playing ability. West Ham will face a huge challenge in keeping them beyond this summer.

Michail Antonio, a versatile player has been used as a striker by Moyes. The Englishman has repaid the faith placed in him by the manager by scoring 10 goals. Jarrod Bowen, Said Benrahma, Pablo Fornals and Manuel Lamzini have played their part. Moyes would be looking to sign an out-and-out striker to help them in their European quest next season. Celtic’s Odssone Edouard has been considered along with Sevilla’s Youssef Enn- Nesyri have been considered.

The ever-impressive Lukasz Fabianski had a good season in goal. He was well protected by the resurgent Angelo Ogbonna and Fabian Balbuena. However, Moyes wouldn’t say no to another centre-back and full-backs to challenge Vladimir Coufal and Aaron Cresswell.

We guarantee this will give you goosebumps!

David Moyes and his West Ham are stronger than ever and would have a good run in the Europa League. Given that there are no qualifiers and they’re already in the group stages, they would eye an impressive run to the quarters or semis in Europe’s second tier competition.