Allardyce channels inner Mourinho as he prepares for Liverpool clash

Allardyce channels inner Mourinho as he prepares for Liverpool clash

Sam Allardyce has urged West Brom to develop a “siege mentality” when they make the daunting trip to face Liverpool at Anfield on Sunday.

Albion head into the contest against the Premier League champions and leaders lying 19th in the table. They have just one victory, against rock-bottom Sheffield United last month, and seven points to their name.

Jurgen Klopp’s Reds have won all seven of their home league games this term. Indeed, they have not lost since Crystal Palace – managed at the time by Allardyce – beat them 2-1 in April 2017.

The 66-year-old was appointed Baggies boss last week and knows he has a tough gig on his hands.

However, he looked to channel a tactic familar with sides under Jose Mourinho as they prepare for the clash.

“The West Brom fans will have some hope, I hope,” Allardyce said. “Certainly I do. But the rest of the football world would say this is going to be an easy game for Liverpool.

“So let’s have a siege mentality. Let’s go out there and say ‘right, we will show you, we’re going to go out and make life extremely difficult for you. We are going to do our best to try to get a result’.”

He added: “Let’s try as best we possibly can. I’m not saying we’re likely to win with that record (Liverpool have at home in the league), but we can get a result.

“If we miraculously got a victory against Liverpool at Anfield, which can happen at any time in this league, it would be a wonderful achievement by the players.”

West Brom’s last away game was a 1-1 draw at Manchester City that proved to be Slaven Bilic’s final one in charge, before his successor Allardyce oversaw a 3-0 home loss to Aston Villa last weekend.

Allardyce admits taking on a team like Liverpool is something he has missed in his time away from management since leaving Everton in 2018.

But he also said: “I would have liked it to have come later down the line when I knew more about the players and what they can and cannot do. It’s a little early for me to have got right in amongst them and know exactly what they are and what they are capable of.”

The Baggies go into the contest without skipper Jake Livermore, the midfielder beginning a three-match suspension after being sent off against Villa, while Kyle Bartley is among those unavailable due to injury.

And Allardyce said: “We’ll have to have a really hard think about who is going to be the captain for Liverpool and ask whether they feel comfortable with it. 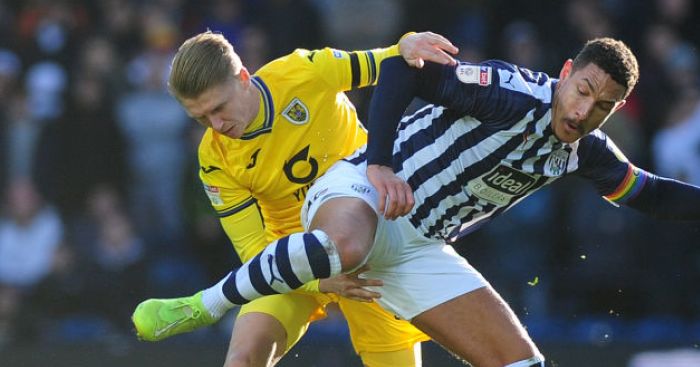 “If they don’t, don’t take it, because we can’t afford anybody to be off their game. That’s in any match, never mind the Liverpool match.”

Allardyce was then asked if he thought leadership was something of a lost art.

“The controversy around that is we’ve coached it out of them,” he said.

“I realised in the early days, looking back on them for me, I was so focused on trying to show each individual every single thing he needs to do. In the end, you’re taking away the opportunity for them to think for themselves.

“We’ve taken too many decision-making processes away from the players. There’s nothing better for me than players on the pitch taking responsibility for their actions.”

Allardyce has also spoken about the forthcoming transfer window. He admits he wants to try to find “maybe more than one, or maybe more than two” new players.

“We’ll have to wait and see,” he added on the subject.

He added: “Finances will be tight, I understand that. But in that period we may be able to do a bit of trading.”

READ MORE: Allardyce shows no sympathy as he names Arsenal as relegation rival

The post Allardyce channels inner Mourinho as he prepares for Liverpool clash appeared first on teamtalk.com.