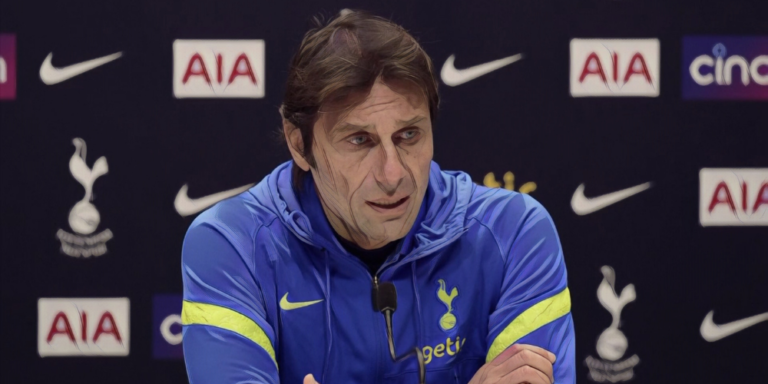 Antonio Conte was left frustrated about yesterday’s meeting between Premier League managers, saying that it was like coming up against a wall with the organisation having already made their decisions.

Spurs face Crystal Palace on Boxing Day, the second of four fixtures in 10 days for the north London side as Premier League sides undergo the gruelling congestion of the festive period.

The league has also seen several postponements as a result of rising coronavirus cases, with Premier League managers holding a virtual meeting on Thursday to discuss the fixture buildup and player welfare.

However, Conte didn’t seem particularly impressed by what went on, saying that the managers were coming up against a ‘wall’, suggesting that every decision having already been made prior to the meeting.

“I have to be honest, I think that it was a meeting that…yeah we tried to speak,” he said at his pre-match press conference. “Some coaches tried to speak to ask about solutions, but I think everything was decided and yesterday was a wall. For this reason, I prefer not to go into the discussion or conversation [about it].”

Pressed further, he said: “Because as I said before, when you have a wall in front of you, you can speak or ask what you want. But every decision was [already] taken.”

Conte was asked if it was almost impossible to play out the festive fixtures without picking up injuries.

“It is not easy for us, it is not easy for all the teams to play after only one day is not simple,” he said. “You have to manage the situation very well because the risk to lose players for injuries, so we have to pay great attention, especially my team.

Antonio Conte admits that the Premier League managers meeting was a waste of time pic.twitter.com/t7s8qEMN4o

“Don’t forget we had half our squad with Covid and in previous press conferences I said that when you take Covid, then you have to live with this situation for two to three weeks after you finished with Covid.

“We have to try to manage the situation very well because for sure physically the players with Covid are not 100 per cent fit but we must be ready and for sure in these two games we try to rotate the players to find a good balance, to find a good solution but also because we want to have a good result and not to only play two games.”

Conte also spoke on his concerns regarding Harry Kane and admits it is difficult to leave the England captain out of his side despite the risks of injury and fatigue.

“I know this and it is difficult to start the game without Harry because he is a point of reference in our team. For sure these days I speak with him, I speak with the players because I what to understand very well which is the real physical condition.

“If there is someone that has a bit of fatigue, it will be very important to have a good chat with the players because we have to manage this period. This period is not easy but not only for us, but for all the teams in the Premier League.”

The post ‘We tried to speak’ – Conte says PL managers meeting was like coming up against a ‘wall’ first appeared on The Football Faithful.