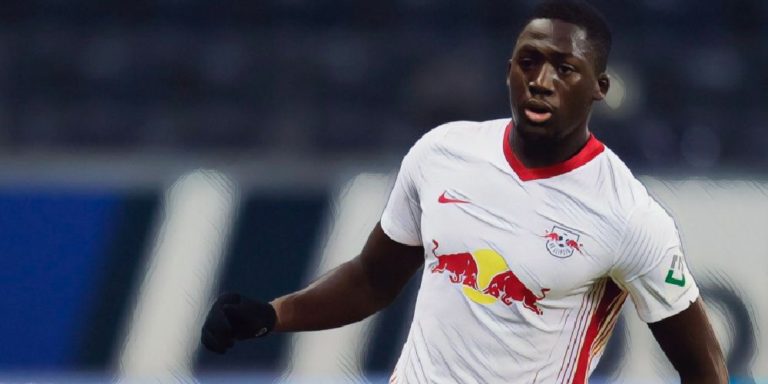 RB Leipzig are awaiting ‘official confirmation’ that Liverpool are prepared to meet Ibrahima Konate’s release clause with the club expecting the defender to move to Merseyside this summer.

Liverpool have been linked with a move for the centre-back as the Reds seek to strengthen their defensive options during the transfer window, with Jurgen Klopp understood to be prepared to activate the €35m (£30.2m) clause in Konate’s contract at the Red Bull Arena.

The 22-year-old is a highly-rated talent but has struggled with injuries over the past two seasons, making just eight league starts during the 2020/21 campaign with a further five for Leipzig in the Champions League.

According to Sky Sports, Leipzig ‘expect’ the defender to move to the Premier League this summer and are awaiting for ‘official confirmation’ that Liverpool will pay the player’s release clause.

Interest comes following Liverpool’s disappointing title defence amid a succession of injuries in central defence, both Virgil van Dijk and Joe Gomez ruled out for the majority of the season with serious knee injuries, before Joel Matip’s campaign was curtailed in February.

Klopp moved to reinforce his options with the signings of Ben Davies and Ozan Kabak during the winter window, though the former has failed to make a single appearance since his arrival from Preston and is expected to leave in the summer transfer window.

Kabak made 13 appearances in all competitions before suffering an injury of his own, though Liverpool are not expected to activate the £18m clause to make the 21-year-old’s loan from Schalke a permanent deal with their focus instead on the signing of Konate.

Nathaniel Phillips’ future remains uncertain despite his role in the Reds’ Champions League qualification, whilst Rhys Williams could be given time to develop after the 20-year-old was handed an extended run in the side this season.

The post Leipzig waiting for ‘official confirmation’ as they ‘expect’ Konate to join Liverpool first appeared on The Football Faithful.