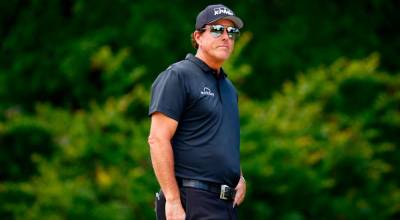 Brady, who won six Super Bowls in 20 seasons with the New England Patriots, left the franchise before signing a two-year, US$50 million (RM206 million) contract with the Bucs last year, starting all 20 games in 2020.

The 43-year-old quarterback played through most of the season with discomfort in his knee but managed to guide the Bucs to their second Super Bowl title in February.

“He’s actually a big motivation, because of how hard he works to be the best and to elongate his career.

“There’s no reason why at an older age you cannot be at your best,” added the six-times major winner.

“It just takes a little more work. I wasn’t getting the results – but I believed it, and I had people believe in me.”

“I want to get in another match with (Brady) because spending time with him, it’s inspiring,” he added. – Reuters