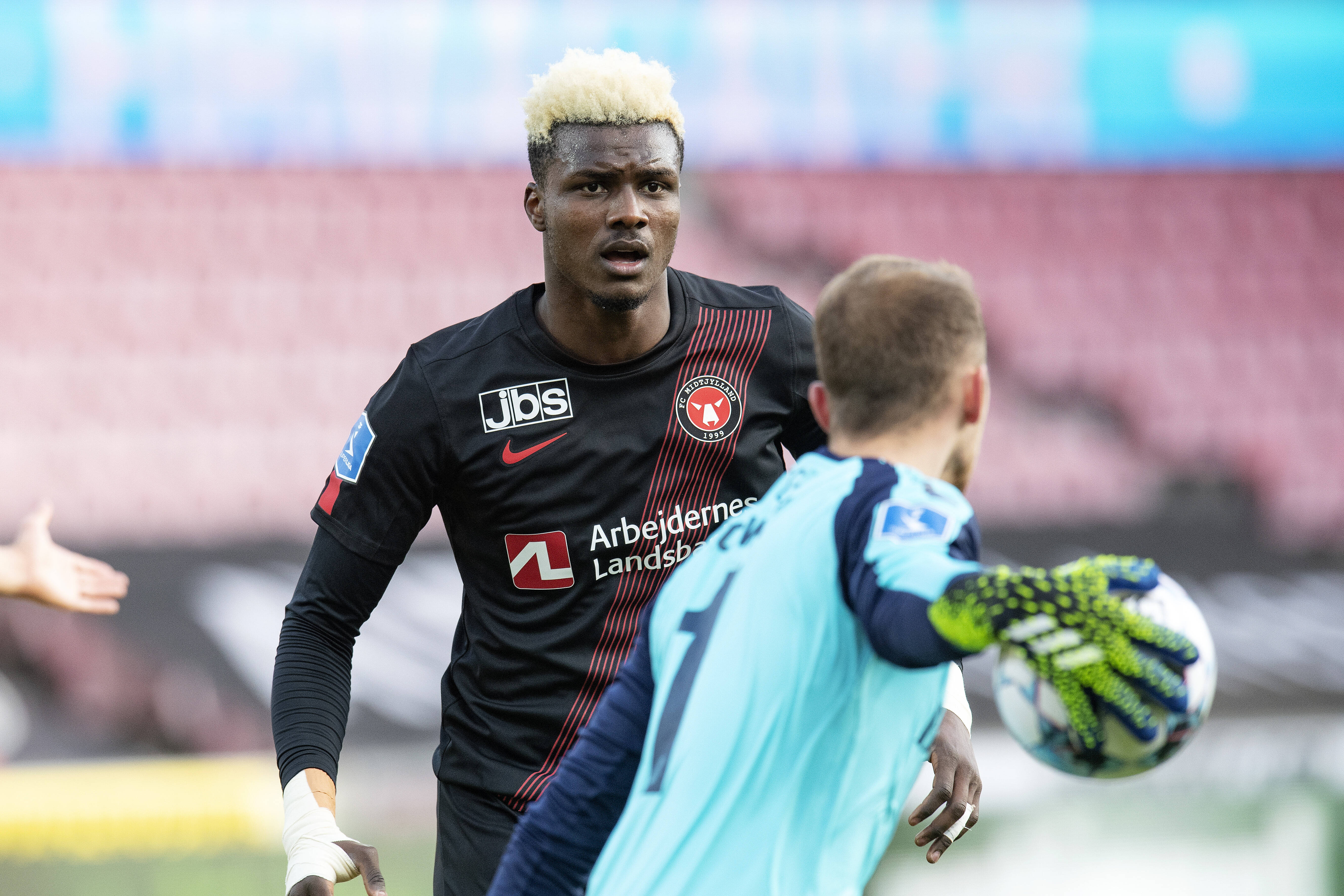 The 25-year-old has had a good 2020/21 campaign with Midtjylland, registering 14 goals and six assists across all competitions.

His displays have caught the eye of the Hornets and Swans, who are eyeing an affordable option to bolster their attack this summer.

The Hornets have secured automatic promotion from the Championship, but that was largely due to their defensive record, which was the best in the division.

In terms of attack, they only possessed the fifth-best record, and there is room for improvement ahead of their top-flight return.

Ismaila Sarr and Joao Pedro starred for the Hornets with 13 and nine goals respectively this season, but they are naturally wingers by trade.

The specialist strikers in Troy Deeney, Andre Gray and Isaac Success managed a combined tally of just 13 goals in the recent campaign.

Kaba only has a decent scoring record in Denmark, but his strong aerial presence could make him ideally suited for the Premier League.

The Hornets face competition from the Swans, who could secure promotion if they beat Brentford in the play-off final on Saturday.

Steve Cooper’s side have not been big scorers either, and their tally of 56 goals from 46 games was only the 10th best in the regular season.

The club have had Andre Ayew (17) and Jamal Lowe (14) hit double figures this season, but need more quality in their ranks if they are promoted.