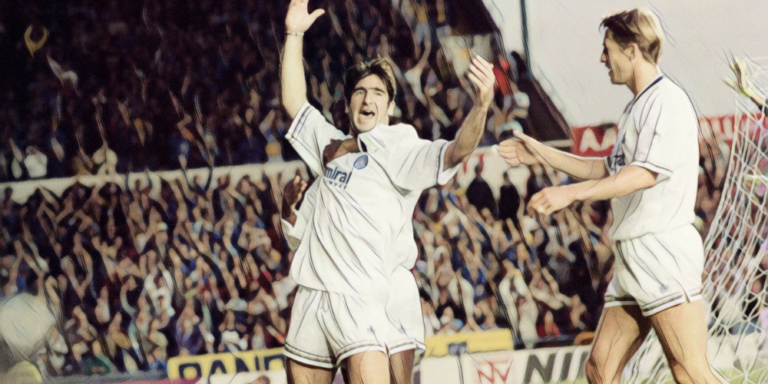 The Frenchman had earlier scored a hat-trick as Leeds beat Liverpool in the Community Shield, but was surprisingly allowed to depart Elland Road mid-way through that campaign, signing for rivals Manchester United in a deal that changed the course of football history.

Cantona inspired the Red Devils to the title, ending a 26-year wait to be crowned champions and kickstarting an era of domestic dominance under Sir Alex Ferguson.

The forward won four titles in just five seasons at Old Trafford, twice claiming versions of the Player of the Year accolades during a career in which he cemented his status as an all-time Premier League icon.

Here is Eric Cantona scoring the first hat-trick of the Premier League era.