Fantasy Premier League: Four of the best captains for gameweek 13

Fantasy Premier League: Four of the best captains for gameweek 13 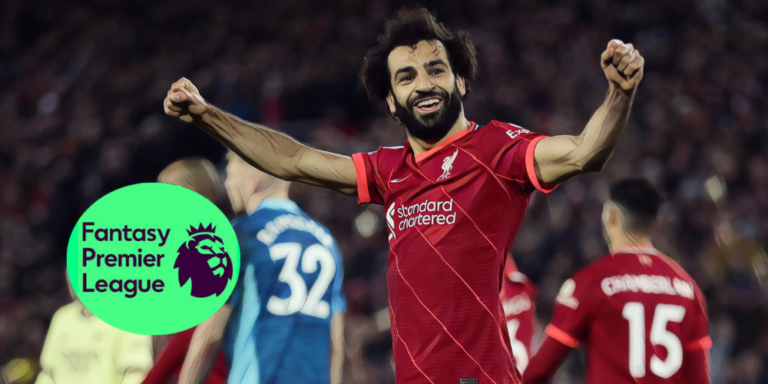 Gameweek 13 includes a meeting between league leaders Chelsea and Manchester United in the capital, whilst champions Manchester City host high-flying West Ham at the Etihad.

As always we’re on hand to offer our FPL advice ahead of the weekend’s action, here are four of the best captaincy selections for gameweek 13.

Unless something drastic changes – for example, a mid-season Africa Cup on Nations – Mohamed Salah will be at the forefront of our captaincy contenders on a weekly basis this season.

The Egyptian international’s form is simply too good to ignore, returning in 11 of his 12 fixtures this season and for each of the past nine in succession, after scoring in Liverpool’s 4-0 thrashing of Arsenal last weekend.

Salah featured – and scored – during the Reds’ midweek win over Porto in the Champions League, but was withdrawn with 20 minutes remaining in a bid to maintain freshness for the weekend visit of Southampton.

The Saints were beaten at Norwich last time out and have endured a mixed start to the campaign, struggling to find the consistency needed to provide comfortable breathing space from the bottom three.

Salah leads the division for xG, xA, shots and shots on target this season, statistics which indicate further points are on their way for the highest-scoring FPL asset.

For those brave enough to chance a differential options, both Sadio Mane and Diogo Jota are sure to appeal. Mane (0.66) and Jota (0.65) actually rank higher than Salah for xG per 90 this season (0.62), with Liverpool remarkably boasting the four leading players in the Premier League for this metric (also Roberto Firmino).

Reece James is currently enjoying a sensational run of form for Chelsea, with the flying wing-back a genuine contender for the captaincy on current form.

Thomas Tuchel’s side boast arguably the best defence in Europe at present and have conceded just four league goals so far this season, their record a staggering 31 clean sheets in just 50 games since the German’s appointment as head coach.

Chelsea’s defensive strength and James’ forward threat have made the 21-year-old an essential FPL pick, with James having amassed 53 points across the past four gameweeks alone.

James is one of just two Premier League players – alongside the aforementioned Salah – to have registered 5+ goals and 5+ assists in all competitions in 2021/22, a phenomenal rate of productivity for a ‘defender’.

Chelsea face Manchester United at Stamford Bridge this weekend, who will be looking to bounce back from last weekend’s 4-1 loss at Watford, a result that proved the final nail in Ole Gunnar Solskjaer’s coffin.

Only the bottom two sides – Newcastle and Norwich – have conceded more goals than the Red Devils this season and Chelsea’s strength at both ends of the pitch can trouble the visitors.

Newcastle travel to face Arsenal in Saturday’s lunchtime kick-off, still searching for their first win of the season.

The Magpies are bottom of the division and winless after 12 games, with new manager Eddie Howe facing a significant challenge to revive their fortunes.

History is also against Newcastle ahead of their trip to the Emirates, a ground that has proven far from kind to the North East side in recent seasons.

Newcastle are without an away win at Arsenal in more than a decade, whilst the Magpies have lost 17 of their past 18 meetings against the Gunners in all competitions.

Pierre-Emerick Aubameyang will be looking to extend his impressive goalscoring record against Newcastle this weekend, the Gabon international having scored five goals in just seven appearances against this weekend’s opponents. He has netted more against only Burnley (8) and Watford (6) since moving to the Premier League.

Aubameyang has also enjoyed his finest form on home soil this season with each of his attacking returns coming in home fixtures, scoring four goals and providing an assist in five fixtures at the Emirates.

Removing Mohamed Salah from the equation, there is a strong case that Bernardo Silva has been the best player in the Premier League this season.

The Portugal international has emerged as the most important player in Pep Guardiola’s side at present, combining endless energy with creative quality when utilised in midfield or further forward.

Bernardo’s industrious performances have not always related to explosive FPL hauls, but he has scored in each of his past two fixtures and appears to have found his groove around goal.

Another outstanding performance on the big stage.

The 27-year-old started as a false nine in the midweek Champions League win over Paris Saint-Germain, providing an assist for Gabriel Jesus in a man-of-the-match performance at the Etihad.

With Phil Foden a doubt for the weekend and Raheem Sterling’s better performances coming in a wide role, the silky schemer could once again be tasked with leading the line for City as the champions face West Ham this weekend.

The post Fantasy Premier League: Four of the best captains for gameweek 13 first appeared on The Football Faithful.