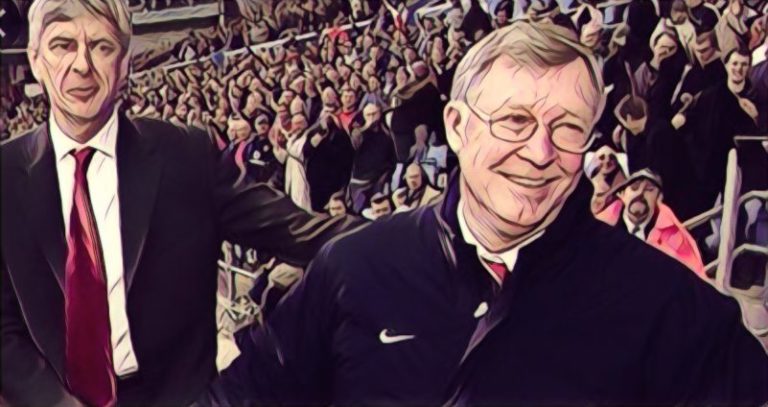 Manchester City top the Premier League tree on Christmas Day this year, a status held by Liverpool over the past few seasons.

Emphasis is often placed on the league leaders at Christmas, though history tells us that spending the festivities at the summit is no guarantee of title success.

The inaugural season of the Premier League saw Norwich City emerge as the surprise leaders at Christmas, the Canaries having been regarded amongst the favourites for the drop heading into the first edition of the newly-branded top flight.

Mike Walker’s side began the campaign with a thrilling 4-2 opening day victory at Arsenal, that victory – against a side many considered as contenders to become champions – starting a run of momentum that included seven victories from their opening nine fixtures.

Despite heavy defeats to both Blackburn and Liverpool in October, Norwich regrouped to win each of their three fixtures in November and were eight points clear at the summit heading into the Christmas period.

Norwich’s fortunes began to falter in the lead up to Christmas and despite leading the league, their inconsistent form saw them fall adrift of both Manchester United and Aston Villa over the second half of the campaign.

129 – Norwich topped the Premier League table for more days than any other side in 1992-93 (129), while they became the only team to finish as high as third in the competition with a negative goal difference. Unique. #OptaPLSeasons pic.twitter.com/R6oeh3TdE5

The former secured a vital victory at Carrow Road in April that all but ended Norwich’s unlikely title hopes, Sir Alex Ferguson’s side crowned champions for the first time in 26 years to spark an era of domestic dominance.

Arguably the greatest title capitulation of all-time from a Newcastle side still fondly remembered, Kevin Keegan’s entertainers had Tyneside dreaming of silverware following a blistering start to the 1995/96 season.

Newcastle won eight of their opening nine Premier League fixtures as a free-scoring side took an early lead in the title race, establishing a 10-point lead over Manchester United at Christmas, before extending that advantage to 12 points by late January.

After winning at Middlesborough on February 10th to make it five consecutive league wins, Newcastle proceeded to lose five of their next eight fixtures which – coincided by a resurgent Manchester United boosted by the return of Eric Cantona from suspension – saw the Magpies finish as runners-up.

“We always knew Newcastle would slip up”

A thrilling 4-3 defeat at Liverpool proved decisive in an all-time Premier League classic at Anfield, whilst Keegan’s ‘I would love it’ rant remains amongst the most memorable moments in the league’s history.

The following season saw Liverpool emerge as the early frontrunners, topping the Premier League at Christmas for the very first time following a strong start to the season.

Roy Evans’ side began the season brightly in the ‘Spice Boys’ era with a young Robbie Fowler scoring prolifically on Merseyside, though a competitive title race saw the likes of Manchester United, Arsenal and Newcastle all in contention for much of the campaign.

Arsene Wenger’s arrival at Arsenal proved the catalyst for a golden era in the Gunners’ history, with his first full season in charge seeing the north London side crowned as champions of English football.

Wenger’s Arsenal went toe-to-toe with a Manchester United side seeking a third consecutive Premier League title, and it was the Red Devils who led the division at Christmas – winning six successive fixtures across November and December.

Sir Alex Ferguson’s side wobbled after the turn of the New Year but were still leading the title race heading into mid-April, only for draws with Liverpool and Newcastle to hand Arsenal the initiative.

Arsenal won 10 consecutive fixtures during the run-in to finish as champions with two games to spare, finishing a single point above United before completing a historic domestic double with FA Cup success.

Aston Villa raced into an early lead at the top of the Premier League during the 1998/99 season, despite having sold star forward Dwight Yorke to Manchester United.

Villa were unbeaten until late November as Dion Dublin and Julian Joachim fired their charge, though fell off the pace dramatically during a hugely disappointing second half of the season.

Villa’s stuttering form saw them finish the season in sixth, whilst former forward Yorke was named as the Premier League’s Player of the Season after a 29-goal campaign helped Manchester United to a Champions League, Premier League and FA Cup treble.

The late nineties saw a youthful Leeds side emerge to challenge the established elite, with David O’Leary’s side topping the table at Christmas during the 1999/00 campaign following a formidable start to the campaign.

Leeds’ impressive run included a sequence of 12 wins from 14 fixtures between late August and Boxing Day, the Whites slipping from top spot following the turn of the New Year after back-to-back defeats to Arsenal and Aston Villa in January.

Leeds’ wobbles allowed reigning champions Manchester United to come through and claim a second successive title, Sir Alex Ferguson’s outfit losing just once in their final 26 fixtures of the season, including winning 11 in a row to finish the campaign.

Despite topping the table at Christmas Leeds finished third, a huge 22-points adrift of the champions with United’s 18-point winning margin over runners-up Arsenal a Premier League record at that time.

Newcastle topped the Premier League at Christmas for a second time during the 2001/02 season, though once again the Magpies failed to kick on and secure a maiden title triumph.

Bobby Robson’s side had threatened to challenge the league’s leading sides after an almost flawless December saw them lead the title race, only for defeats in fixtures against rivals Manchester United, Arsenal and Liverpool to prove costly.

Newcastle eventually finished fourth and it was Arsenal who emerged as champions from a four-horse race for the Premier League, winning their final 13 fixtures to claim the title as part of a second domestic double under Arsene Wenger.

The following season saw the champions seemingly heading towards a second successive title as Arsenal fans tucked into their Christmas dinners with the Gunners on top, though it was Manchester United who edged their old rivals once more following a stunning second half of the season.

United were as low as fifth in late November and their title hopes looked all but over following defeat to Middlesborough on Boxing Day, only for a remarkable resurgence to carry the Red Devils towards yet another Premier League crown.

Ruud van Nistelrooy’s goals fired their charge as they went unbeaten following that defeat to ‘Boro, finishing five points clear of the Gunners.

The 2003/04 campaign is widely remembered for Arsenal’s historic undefeated season, but despite the north Londoners failing to lose a game during the entire campaign it was Manchester United who topped the table during the festive season.

United hit top gear throughout December to record six wins on the spin, though the Gunners’ incredible consistency saw the title head to north London at the season’s end.

Arsenal seemed to be adapting to life post-Thierry Henry in fine fashion after taking an early lead in the 2007/08 title race, losing just once in their opening 30 fixtures of the season to sit top at Christmas and lead into late February.

A horror injury to forward Eduardo halted their progress at Birmingham, however, starting a run of five games without a win as Chelsea and Manchester United moved back into contention.

It was the latter who eventually ended up as champions, though just four points separated the three sides at the season’s end, Arsenal finishing third despite losing just three games.

Manchester United have proven themselves as the kings of comebacks when it comes to Premier League title races, and their victory in 2008/09 was the eighth time they had been crowned champions despite not leading at Christmas.

Rafael Benitez’s Liverpool were the team at the top in 2008, winning eight of their opening 10 fixtures to lead the title race heading into the New Year.

Benitez’s side were beaten just twice all season but a number of costly draws – including goalless stalemates with the likes of Fulham, West Ham and Stoke – proved their downfall as they finished four points adrift of their greatest rivals and another Premier League title headed to Old Trafford.

Four consecutive seasons passed with the Christmas leaders being crowned champions on each occasion, before Liverpool bucked the trend once more after being caught by a Manchester City side now established amongst the elite.

100 – Both Manchester City (102) and Liverpool (101) scored over 100 goals in the 2013-14 Premier League; it remains the only single season in the competition’s history to see two different sides score 100+ times. Centurions. #OptaPLSeasons pic.twitter.com/qDQSAK8TsG

Steven Gerrard’s infamous slip against Chelsea and a calamitous collapse at Crystal Palace ultimately saw City roar back and claim a second Premier League title on the final day of the season.

Five years later and it was the same two sides competing for the crown, with City once again coming from behind to overhaul Liverpool and win the Premier League.

Liverpool’s 2-0 victory over Wolves in December meant that Jurgen Klopp’s side were top at Christmas, having gone the entire season unbeaten until defeat to title rivals City on January 3.

It proved a momentous moment in a title race that saw the two sides separated by just a single point, Liverpool falling agonisingly short despite finishing the season with a club-record 97 points.

Another tale of not being able to convert their Christmas lead into a title as Liverpool crumbled after the festive season while Man City went from strength to strength.

The Christmas Day table would see Liverpool four points clear while City were down in eighth after a sluggish start, albeit with a game in hand.

Liverpool’s imperious form would, however, evaporate, with the club picking up just three points from their first five games after Christmas before astonishingly losing six of their seven league games in February and March to leave them outside the top four.

As for City, they won 21 of their remaining 25 league games to romp to the title, a third in four years under Pep Guardiola, finishing 12 points clear of second placed Manchester United and 17 in front of Liverpool, who recovered some form at the end of the campaign to secure Champions League qualification.

Read – Five of the Premier League’s most misunderstood players

The post Remembering the 14 times the team at the top on Christmas Day didn’t win PL title first appeared on The Football Faithful.