The 2018 World Cup in Russia saw one of the most disastrous starts to a campaign that any national team could have. Spain sacked Julen Lopetegui on the eve of the tournament, after news of his joining Real Madrid was made public, and replaced him with sporting director Fernando Hierro. The team limped through the group stage before exiting in the next round to hosts Russia. Hierro stepped down as well.

Luis Enrique took over the team, and aside from a brief stint by former assistant Robert Moreno in 2018, has managed the side pretty well. The team just missed out on qualifying for the knockouts of the 2018-19 UEFA Nations League tournament. They smacked Germany for six, as they came roaring back in this year’s edition with a semi-final against Italy set to be played in October. More good news follows as they sit atop their 2022 World Cup qualifying group after three games.

WHO IS SPAIN’S MANAGER?

The former treble-winning Barcelona boss, Luis Enrique, took over in his current spell in November of 2018 and has overseen a period of consistency and growth of young players into the team. He has been using the 4-3-3 in the recent World Cup qualifiers. 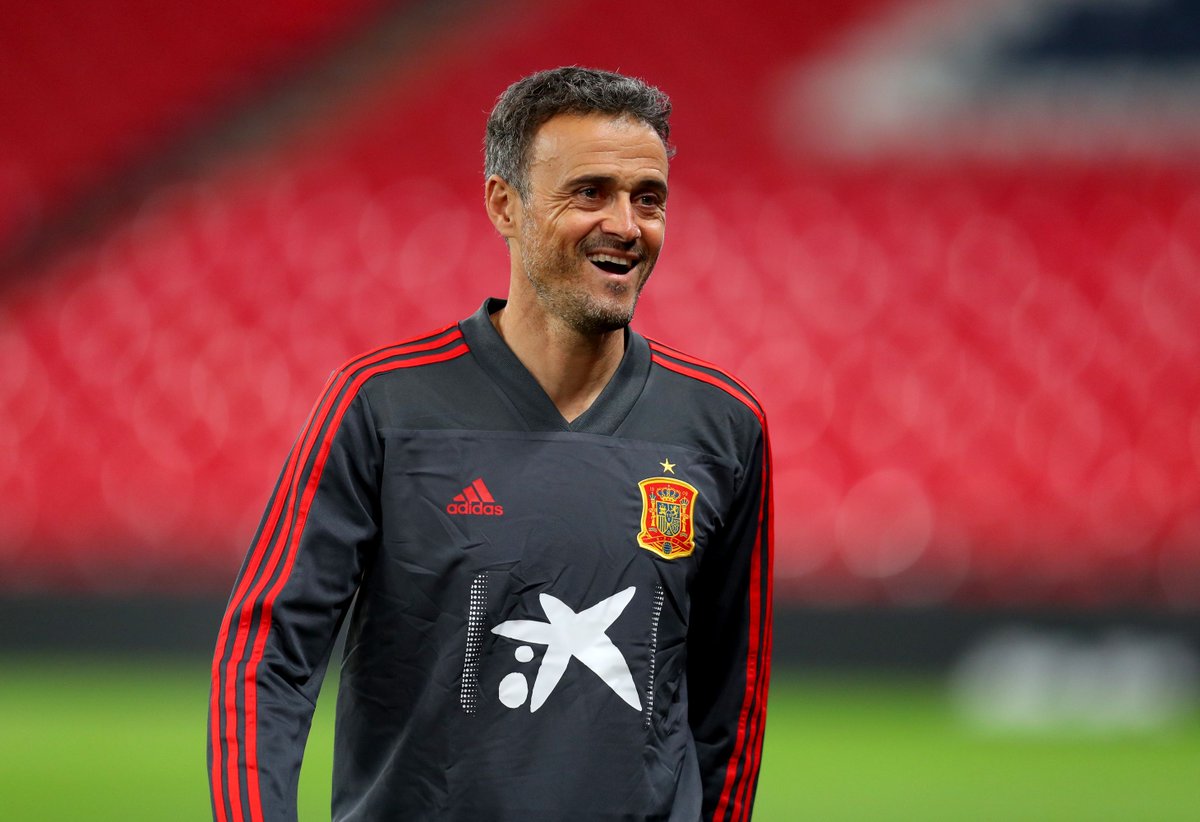 Having moved on from their veterans over the past half a decade, Enrique has created a team based on youth and exuberant talent, having handed out debuts to the likes of Barcelona sensations Ansua Fati and Pedri, Leipzig forward Dani Olmo, Manchester City duo Eric Garcia and Ferran Torres. All of this has seen the team a past faced, high-octane attacking pace of football based on skills and talent more.

The likeliest headache might come in the attacking with Enirque facing a few headaches on who to start at the central striker position. Morata, Moreno, Olmo have all been deployed there over the past year with no runaway favourite yet.

The choice of goalkeeper might also be up in the air with De Gea having lost his starting position recently with Manchester United and Kepa back in the good books. With Unai Simon performing well as well, this will be a tough call for the manager to make.

Dani Olmo is one of those who has made his debut under Enrique as a 21-year-old and has quickly gone onto establish himself as a crucial cog in the three-pronged attack of Spain. Along with 10+ goals and assists for RB Leipzig, he has three goals in 11 matches for Spain.

One of those goals included the injury-time winner against Georgia that maintained their unbeaten start to World Cup qualifying. He scored and also was man-of-the-match in their last match against Kosovo, exiting in the 82nd minute with a passer rating of 90%.

Ferran Torres is playing some serious football for runaway Premier League leaders Manchester City as he has already scored nine goals for the Citizens. Having made his debut last August, he has been in tremendous form of late for the national side with five goals in his four matches, including a hat-trick in the 6-0 demolition job of Germany in November.

Man. City’s Ferran Torres is the first player to score a hat-trick for Spain against Germany!

Primarily deployed on the right wing with Olmo on the opposite flank, It is clear that Euro 2020 will serve as the first stepping stone in this baller’s budding career and with a league title yet to be secured, Enrique will know he can trust Torres to provide him with goals whenever the going gets tough in the tournament.

Spain went undefeated throughout the qualifying stage with eight wins and two draws as they were crowned group winners ahead of Sweden. They will be hoping to go much further than in 2016 where they were defeated in the round of 16 by Italy, just four years after winning back-to-back Euros in 2008 and 2012.

Enrique will be no doubt motivated by those wins as he hopes to take Spain out of a particularly tricky and unpredictable Group E.

Spain’s chances of qualifying from their group are quite strong as they have been drawn in with Sweden, Poland and Slovakia. With Robert Lewandowski is in scorching form (36 goals in the Bundesliga) and defence a slight area of concern for La Roja, Ramos will really have to marshall his troops together.

Sweden will also welcome back Zlatan Ibrahimovic and with Slovakia being potentially awkward customers, Spain will have to be on their guard from day one.

Looking at the overall squad depth and strength, Spain’s chances of winning the competition are remote as they have quite a number of young faces who are appearing for their first grand tournament. Enrique knows he has a job on his hands if they are to go deep into the competition but that is easier said than done. FootTheBall predicts a quarter-final exit for this Spanish side.

The post SPAIN BOUNCING BACK? appeared first on FootTheBall.