South Africa to vaccinate athletes ahead of Tokyo Olympic games

South Africa to vaccinate athletes ahead of Tokyo Olympic games 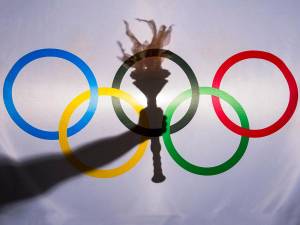 JOHANNESBURG: South African athletes due to participate in this year’s Tokyo Olympics will receive Covid-19 shots during a vaccination rollout that has so far prioritised the elderly and frontline workers, the country’s medicine authority said on Tuesday.

Tokyo is due to host the Games from July 23 to Aug 8 after they were postponed by a year due to the coronavirus pandemic.

The Japanese government and the International Olympic Committee (IOC) have faced calls for a further postponement or cancellation because of rising Covid-19 cases in Japan and elsewhere, but they now look set to go ahead.

In a statement, the South African Medical Research Council (SAMRC) said it had been granted permission by the Health Product Regulatory Authority (SAHPRA) to make available to the athletes the remaining Johnson & Johnson vaccines left over from an earlier “Sisonke Study” rollout before they expire.

The head of the MRC, Glenda Gray, said the athletes would have received the Pfizer vaccine, but there had not been enough time before their departure to complete the vaccination course of two doses.

“By them receiving the Sisonke vaccine, the Pfizer doses allocated to them will go to ordinary citizens of our country and thus will free up additional doses for our country,” said Gray.

South Africa has been the hardest hit country in Africa by Covid-19, with well over 50,000 deaths and 1.5 million confirmed cases.

Its vaccination campaign has had a slow start. Phase 1 of the rollout saw close to 480,000 people vaccinated, while Phase 2, which began in May, has seen 171,860 inoculations. – Reuters