Carlo Ancelotti has admitted that even he could not have predicted Everton’s strong start to the season, but is convinced he is at the right club.

Ancelotti celebrated a year since his first match in charge of Everton with a 1-0 victory – the same scoreline he led them to against Burnley one year ago – over Sheffield United.

Ancelotti is overseeing a successful season for Everton, who moved second in the table as a result.

They had to be patient against Sheffield United, waiting until the 80th minute before Gylfi Sigurdsson scored the decisive goal.

Indeed, Ancelotti praised their defensive qualities from earlier in the game before highlighting the importance of the win.

“We defended well but also we didn’t play so well with the ball. But defensively we were strong and concentrated,” he told BBC Sport. “These three points are very important for us.

“When I put on Andre Gomes, I put Gylfi Sigurdsson a little bit back, but he found the solution.

“This team has a lot of spirit and this is good – I am really pleased to manage these players.

“I am really pleased because I found the right club, a nice club, a family club. I live in a nice area so after one year I can say I was lucky.”

In a separate interview, he suggested that Everton have new ambitions after their strong end to 2020.

“We are really pleased to be second,” he said. “We didn’t expect that at the start of the season but we are there and we want to stay there.

“The squad we have is good. We have a lot of important players out. With these players back we can still have a really good season; we don’t have to think about the transfer window in January.

“We are there, we are pleased to be there but we don’t have a lot of time to think about it – we have another game in two days, we push.” 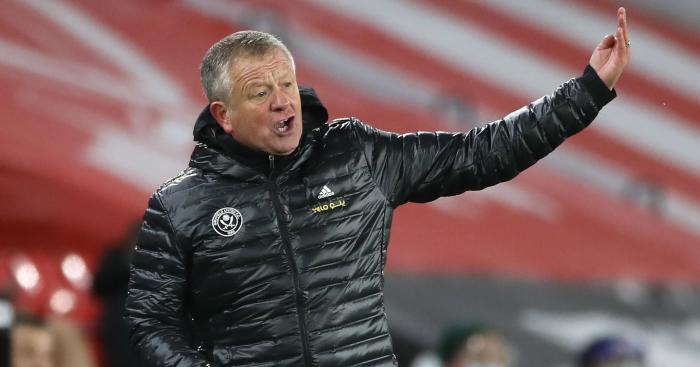 As for their opponents, the situation could not be more different. The Blades are bottom of the table having failed to win any of their first 15 league games this season.

Manager Chris Wilder admitted they are all struggling to deal with their form. However, he denied that they have a problem with motivation.

“It is obviously a difficult period for everyone at this football club,” he told BT Sport. “It is another game against a top side that has been close and we feel we should have got something out of.

“When we had the opportunity to open up and show a bit of quality we haven’t done that. That has been the story of the season – not showing the quality we showed last season.

“Regarding motivation I will pack it in if I have to motivate the players. There is no issue with the motivation, it is the quality. I can’t put that quality into them.

“I can’t play the game for them, I’m not chucking them under the bus but they need to show the quality.

“I’ll scratch my head yet again, I’ll try something to see if there’s anything different. In the Premier League you have to produce to get any sort of result.

“If we showed any quality at the big times in and out of possession we would be nowhere near the points we are on but we are.”

The post Ancelotti explains why he is ‘lucky’ to be at Everton as ambitions grow appeared first on teamtalk.com.