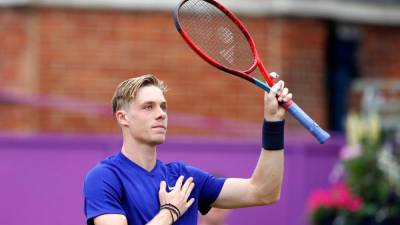 SYDNEY: Denis Shapovalov (pix), who is part of Canada’s team for the 2022 ATP Cup, has tested positive for Covid-19 in Sydney, the 22-year-old said on Saturday.

Nadal, Olympic champion Belinda Bencic and Tunisian Ons Jabeur all tested positive for the virus after playing the tournament.

“Hi everyone, just wanted to update you that upon my arrival in Sydney, I tested positive for Covid,” Shapovalov tweeted.

“I am following all protocols including isolation and letting the people who I’ve been in contact with know.

“Right now I am experiencing minor symptoms and look forward to getting back on the court when it safe to do so.”

The 2022 ATP Cup will feature 16 teams and be hosted across two venues at the Sydney Olympic Park from Jan. 1-9. Canada are in Group C with Germany, Britain and the United States.

The Australian Open will begin on Jan. 17 in Melbourne. — Reuters