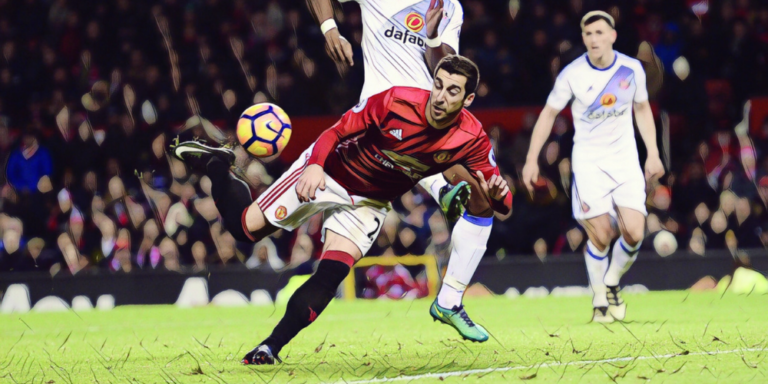 Boxing Day football is one of English football’s great traditions, with supporters enjoying a feast of football whether they’re packing into stadiums or lounging on the sofa with Christmas leftovers and selection boxes.

Throughout the years we’ve been treated to some fantastic festive fixtures and a whole host of glorious goals. Ahead of this week’s round of Premier League action, we’ve looked back at five of the best ever Boxing Day goals.

David Ginola scored quite the collection of stunning goals during an unforgettable Premier League career, the flamboyant Frenchman amongst the division’s most exciting talents during spells at Newcastle and Tottenham.

The best of Ginola was encapsulated with this superb solo effort on Boxing Day 1999, as the Spurs star weaved his way through the Watford defence before firing home the opening goal at White Hart Lane.

Having been named as the PFA Player of the Year the previous season despite the north London side finishing in the Premier League’s bottom half, it was another reminder of the match-winning qualities Ginola possessed when in the mood.

Ginola’s goal was the first of four on a pleasing afternoon for Spurs, with Steffen Iversen and a Tim Sherwood brace securing a comfortable 4-0 win.

Trevor Sinclair developed something of a penchant for the spectacular during his career, from that outrageous overhead kick for Queens Park Rangers, to this wondrous scissor-kick goal for West Ham in 2001.

Sinclair’s incredible athleticism was the finishing touch on a move of audacious quality, a corner kick routine in which the ball failed to touch the ground before almost bursting the back of the net.

Paulo Di Canio floated the set-piece to the edge of the area, with Joe Cole teeing himself up on the volley before crossing towards the back post.

From there Sinclair became the star of the show, his technique and timing utter perfection to score one of West Ham’s all-time great Premier League goals.

Remarkably, it was Sinclair’s first league goal for exactly a year having not scored since netting against Charlton on Boxing Day 2000. It was well worth the wait.

Cuco Martina’s career in the Premier League was almost entirely forgettable, making just a handful of appearances during spells with Southampton and Everton.

Entirely forgettable except for this, his one goal scored. A Boxing Day beauty as Arsenal were thrashed at St Mary’s.

Who was there for Cuco Martina’s Boxing Day special back in 2015?

Henrikh Mkhitaryan struggled with form and fitness during his time at Manchester United, but the occasional flickers of his quality were often memorable.

The highlight of his time with the Red Devils was this brilliant Boxing Day effort against Sunderland, adjusting his body as Zlatan Ibrahimovic’s cross arrived into the box to score a stunning scorpion-esque effort.

Mkhitaryan’s goal flew past Jordan Pickford and saw fans across the Premier League marvel at its uniqueness, though all for just a matter of days.

Olivier Giroud one-upped the Armenian with an even better scorpion kick goal for Arsenal against Crystal Palace on New Year’s Day, one which later claimed FIFA’s Puskas Award.

The Ghana international scored this incredible individual effort to snatch three points for the Eagles, dancing and pirouetting his way through the Hammers’ defence before showing the composure to put the goalkeeper on his backside and carefully lift his finish into the net.

*Pretends to be shocked*

Jordan Ayew’s winner vs. West Ham has been nominated for the @PremierLeague Goal of the Month!

It came as little surprise to see Ayew’s goal claim the club’s Goal of the Season accolade, receiving a huge 70.1% of the final vote from the Palace supporters and adding to his Players’ Player of the Season award.