The Gypsy King hoped to fight Oleksandr Usyk and unify the division but the Ukrainian will face Anthony Joshua in an April rematch instead, according to Eddie Hearn.

That is because the Ukrainian will have a rematch with Anthony Joshua next, according to Eddie Hearn[/caption]

AJ was comfortably beaten by Usyk in September and had his WBA, WBO and IBF belts snatched off of him.

But the Brit swiftly triggered a rematch clause and his promoter Hearn said it will be in the first few months of 2022 – despite talk of AJ stepping aside.

The Matchroom chief told iFL TV: “We’ve got to get together and decide a date.

“April is realistic for that fight.

“AJ is the type that fights twice-a-year, and sometimes we feel like it would be nice to fight three times-a-year.

“We’ve had offers from around the world, but I think the UK will stage that fight.”

Most read in Sport

JOIN SUN VEGAS: GET A FREE £10 BONUS WITH 100s OF GAMES TO PLAY AND NO DEPOSIT REQUIRED (Ts&Cs apply)

Dillian Whyte has been called as mandatory for Fury’s WBC belt which Hearn says ended all talks of AJ stepping aside to allow Fury and Usyk to meet next.

The Essex-based 42-year-old added: “We have to sit down with [Usyk’s manager] Alex Krassyuk.

“We’ll get Christmas out of the way and we’ll start moving forward with that because it’s time to start planning.

“Obviously, there were a couple of discussions about step asides and those kinds of fights so we’ll have to see.

“But that looks very unlikely now because of the Whyte situation, which AJ is pleased about. 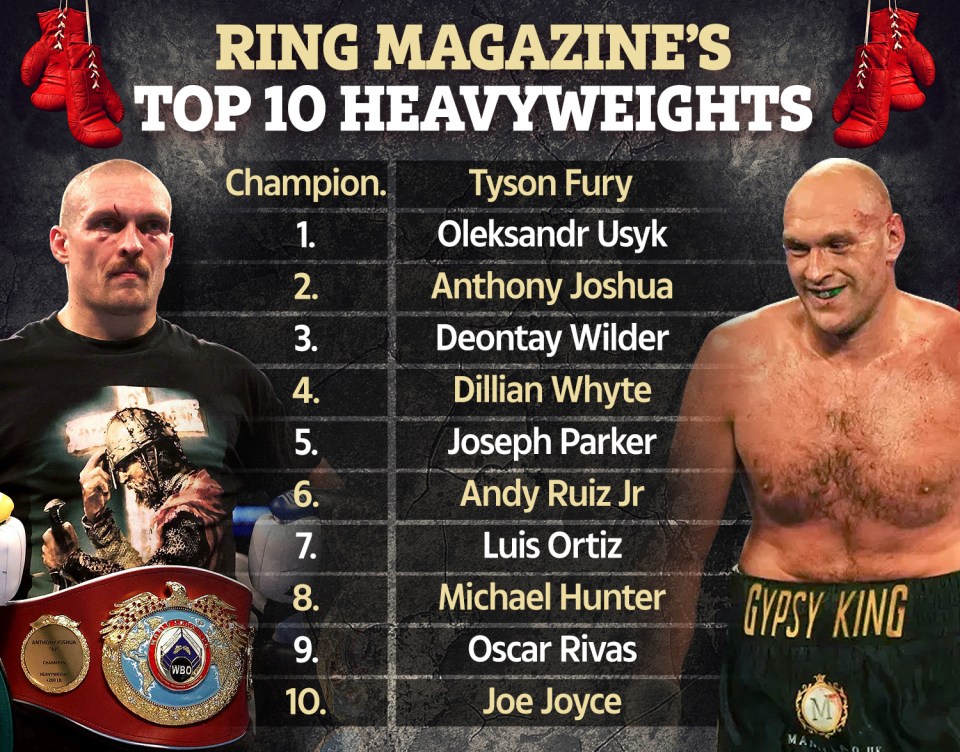 “He didn’t want to have those conversations unless I presented them to him.

“So if that’s not the case, he moves forward with what he wants, which is the Usyk rematch.