Chelsea must cause Real problems: Benitez

Chelsea must cause Real problems: Benitez 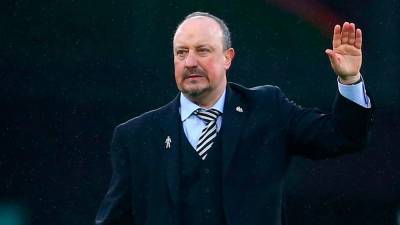 Thomas Tuchel’s Chelsea are underdogs against Real, who have won the competition four times in the last seven seasons, and Benitez said the English side had to keep pace in the game if they are to trouble the Spaniards.

“I talk about Chelsea needing to play with intensity but this does not just mean running hard,” Benitez, who has coached both sides, wrote in his column for the Times.

“Intensity can also come from passing.

“When you keep the ball it has to be quick. The pace on the passes has to be high. If Chelsea move the ball quickly – and they have good players who are able to do this – then they can cause problems.”

Benitez said Chelsea can also learn from the mistakes Liverpool made in their quarterfinal against Real.

“It helps Chelsea that another English team played Real in the last round,” the former Liverpool boss added. “The quarterfinal games will offer some clues to Tuchel on what Liverpool did wrong and how to improve.”

“The fact Real are in a worse position in La Liga… will put more pressure on them to win the Champions League,” he said. “Some of the young players will feel this pressure.” – Reuters