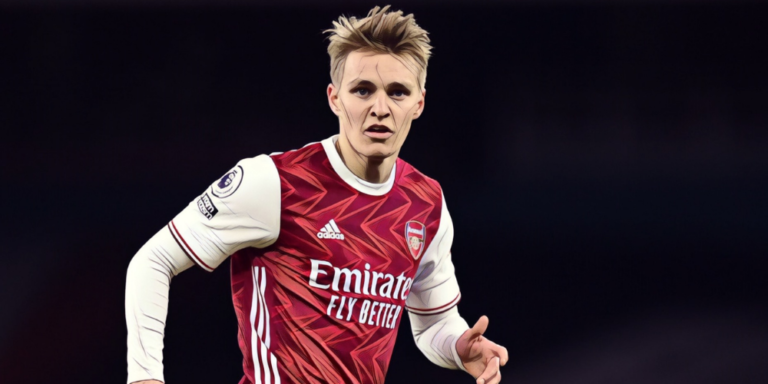 Arsenal’s hopes of extending Martin Odegaard’s stay at the Emirates have been dealt a blow with Real Madrid viewing the midfielder as ‘fundamental’ for next season.

Odegaard signed for the north London side on loan during the January transfer window after struggling for regular opportunities in the Spanish capital, the 22-year-old starting just three league fixtures over the first half of the campaign.

The Norwegian has since found a regular role in Mikel Arteta’s side and has made 14 appearances across all competitions, with the Gunners understood to be keen on extending his stay beyond the summer – either with another loan or on a more permanent basis.

However, Spanish publication AS are reporting that Real Madrid view Odegaard as ‘fundamental’ to their side for next season and beyond, the club having relied heavily upon Luka Modric and Toni Kroos this season with both players the wrong side of 30.

Odegaard is viewed as a more natural alternative to the pair than Federico Valverde, whilst Isco has fallen out of favour and could leave the Bernabeu this summer.

Real’s stance means that the Spanish champions are currently unwilling to listen to offers for Odegaard, who is in his fourth loan move since arriving at the club having spent previous spells at Heerenveen, Vitesse and Real Sociedad.

Should Arsenal fail to secure a deal, the Gunners will look at alternatives with Mikel Arteta having made the signing of a creative midfielder a priority this summer.

The post ‘Fundamental’ – Blow for Arsenal as Real Madrid plan to keep Odegaard next season first appeared on The Football Faithful.