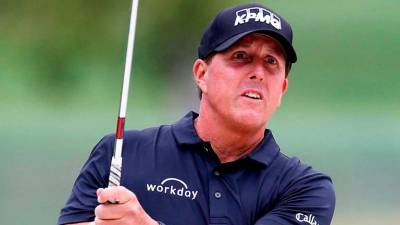 Mickelson, who on Sunday became the oldest man to win a golf major with victory at the PGA Championship at the age of 50, will once again team up with NFL icon Brady – the oldest player to win a Super Bowl – in the July 6 match in Montana.

Woods and Mickelson have previously faced off in 2018 in a made-for-television duel that saw Mickelson win the US$9 million (RM37 million) purse.

Brady cheered Mickelson during his march to the title at the PGA Championship on Sunday, describing the veteran’s performance as “inspiring.”

Mickelson in turn extended an invitation to Brady to team up again, stating in a post on Twitter: “We have some unfinished business. Let’s get another match and find a pair to give a beat down.”