Zidane tells Real Madrid he will step down as coach – reports

Zidane tells Real Madrid he will step down as coach – reports 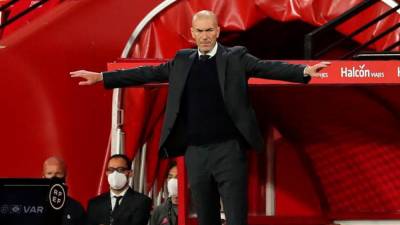 AS newspaper reported that the Frenchman has called time on his second spell in charge of the La Liga club, who he has led to two league titles and three Champions League victories since 2015.

Zidane has told club directors and the first-team squad of his decision, the reports said, which comes after his side narrowly lost out on the league title to city rivals Atletico Madrid on Saturday.

Real finished second in the standings, two points behind Atletico, and were knocked out of the Champions League at the semifinal stage and the Copa del Rey in the round of 32 to end the season without a trophy for the first time in 11 years. – Reuters