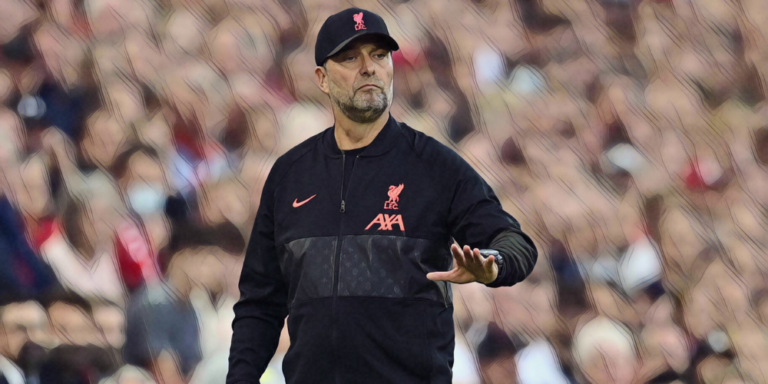 Liverpool boss Jurgen Klopp has admitted he’s keen to see a ‘reaction’ from his side against Porto on Tuesday night, after dropping points away at Brentford at the weekend.

The Reds’ played out a thrilling 3-3 draw with the newly-promoted side on Saturday evening, falling behind midway through the first-half to Ethan Pinnock’s strike, before goals either side of the break from Diogo Jota and Mo Salah edged the visitors ahead.

The resilient hosts struck back through Vitaly Janelt, before substitute Yoane Wissa snatched a point late on, after Curtis Jones’ thunderous effort had handed the away side a temporary advantage.

That point ensured Liverpool‘s unbeaten run continued and saw them move to the top of the table, although they would have been disappointed to have shipped three goals against the Bees, having conceded just once in the league prior to that meeting.

With Porto to come in the Champions League on Tuesday evening, Klopp has revealed that he’s keen to see a ‘reaction’ from his side, after being exposed defensively against Thomas Frank’s men.

“I don’t think it’s that much of a concern but we do have to show a reaction, that’s for sure,” he told his pre-match press conference.

“It’s tricky to win a football game when you are not defending on your highest level and that is what we didn’t do.

“Porto is a different team and will play a different style but we will go direct as well and go for second balls so, we yeah we have to improve in that department for sure.”

Klopp’s men will be confident of success against the Portuguese side having won three and drawn one of their last four meetings since 2018, although the German insisted that his side couldn’t afford any complacency despite their strong recent history in the fixture.

“Porto always change a little bit, they’ve had players going out and in, still the same manager,” he said.

“It’s not an advantage at all that we won the last two games because the opponent will not want the same thing to happen again so it makes it not an easier job for us.

“But we don’t think about the last two games we think about this game, they have different opportunities to set up their line-up and system and we have to prepare for that.”

The two sides last met in the quarter-final’s of the competition back in 2019, with the Premier League side running out 6-1 winners on aggregate following a superb 4-1 win away in Portugal, before going on to eventually win the tournament after beating Tottenham in the final.

Ahead of another trip to the Estadio do Dragao, the former Borussia Dortmund admitted he is expecting a tough test against what he labelled a ‘top side’, and says they won’t be looking at their previous results ahead of the game.

“The last time we came here we didn’t think about the previous game when we won 4-1 because it makes no sense,” he added.

“We all know most of the games can go either way, yes we were good, are good but they are a top side, no doubt about that.

“They qualify year in, year out for the Champions League and are always first or second in the Portuguese league and that is what we are preparing for, not a team from the past.”

Tactical Analysis: Are Manchester United too reliant on individuals Under Ole Gunnar Solskjaer?

The post Klopp keen to see ‘reaction’ against Porto after shipping three goals against Brentford first appeared on The Football Faithful.