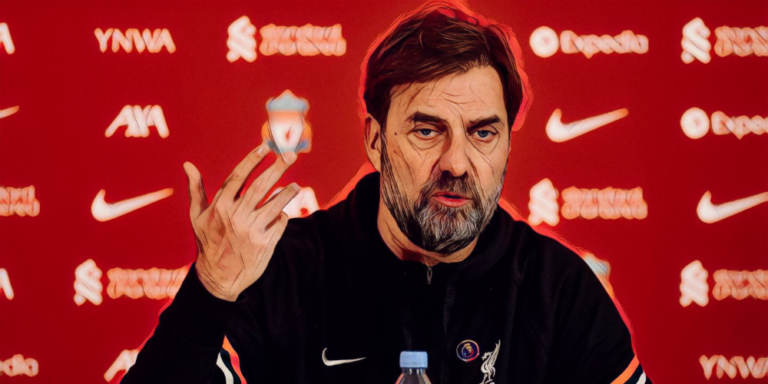 Jurgen Klopp has hailed Brendan Rodgers as an ‘exceptional’ despite Leicester’s struggles this season, as Liverpool prepare to face the Foxes tomorrow evening.

Liverpool travel to face Leicester at the King Power Stadium on Tuesday, with the latter having endured a challenging campaign following back-to-back fifth-place finishes across the past two seasons.

The Foxes are tenth in the Premier League at present and have struggled defensively this term, conceding four times inside the opening 25 minutes during the club’s 6-3 defeat to Manchester City on Boxing Day.

Klopp admits that tomorrow’s opponents – who have suffered with injury problems this season – are ‘not in a good situation’, but has praised the work of Rodgers at Leicester as ‘exceptional’.

“Leicester are not in a good situation. They have injuries,” he told his pre-match press conference.

“We went out for training when it was 4-0 and then I was told it was 4-3. Wow! They were obviously close. They are a good team and what Brendan is doing is exceptional.”

The clash will be the second time the teams have met in six days, with Liverpool having beaten Leicester on penalties during an enthralling Carabao Cup quarter-final tie on December 22.

Liverpool’s rotated side came from 3-1 down to level in stoppage-time before winning via a shootout and Klopp praised his side’s second-half performance.

“Our boys did exceptionally well. The atmosphere was good. When we stepped out for the second half, you can feel they wanted to go for it and that’s what I loved.”

Klopp also spoke on the decision made to release Africa Cup of Nations players later than originally specified, freeing Mohamed Salah, Sadio Mane and Naby Keita to feature in a huge clash with Chelsea on January 2.

“The news about that is good. I’m thankful for that and I think it’s right. It’s good the boys can play this game. After that, they have to go.”