Hazard, 30, has failed to hit the heights with Real Madrid following his Chelsea exit in 2019. Injuries, fitness issues and a general loss of form have plagued the Belgian’s career in Spain thus far.

As such, it has come as no surprise to see Real persistently linked with offloading the former Blue.

Unsurprisingly, Newcastle have drawn links, with the cash-rich Magpies seeking a statement signing in January. Given Hazard’s lofty wages, only clubs with bottomless funds like Newcastle or heavyweights of the European game can realistically bring Eden Hazard on board.

A return to Stamford Bridge has always been speculated, with Chelsea owner Roman Abramovich still a big fan of the diminutive winger.

Now, according to Spanish outlet El Nacional, Real are hoping to pull on the Russian’s heartstrings.

They state Real boss Ancelotti has asked Florentino Perez to bolster his options at right-back. In order to do so, Real will ‘study the possibility’ of a blockbuster swap deal that would see Reece James move to Spain.

James, 22, has blossomed into one of the world’s finest right-backs at Chelsea. He has become an essential cog in Tuchel’s system at right-wingback, and predictably, the outlet state Chelsea are unwilling to sell.

Nonetheless, Perez wishes to kill two birds with one stone by offering Hazard as a makeweight in a James deal.

Real would include an unspecified sum alongside Hazard to balance the deal, with their valuation of James in the region of €60m.

Abramovich has reportedly already tried to bring Hazard back to London, but in what guise is not stated in the piece.

It is his affinity for Hazard that Real seemingly hope will convince Chelsea to play ball. Nevertheless, the article admits the chances of securing the ambitious move are slim.

Abramovich reportedly does not wish to lose ‘one of his greatest talents’, with James undoubtedly qualifying in that bracket.

Furthermore, he would also play hard ball if negotiations did take place and would not ‘forgive Perez a penny’.

Meanwhile, Tuchel claimed his Chelsea side are barely hanging on during the festive period, and suggested the Premier League should re-think one of their rulings.

Speaking to the BBC after their 3-1 victory over Aston Villa, Tuchel didn’t hold back regarding the strain his players are currently being put under. In doing so, he suggested it is ludicrous that the Premier League have not re-instated the five substitutions rule.

“We have concerns for injured players. We let Callum Hudson-Odoi play 90 minutes after Covid. Thiago Silva got injured. N’Golo Kante is injured. Mateo Kovacic is playing after injury and Covid without any preparation and training.

“We’re just filling holes where we can fill them. We play teams without international duties. Five changes were invented because of Covid. Now we’re in the middle of Covid and some teams are having games postponed and others aren’t. Three changes is a big disadvantage.”

When asked if he thinks five subs should be allowed, and if he thinks a change will be made, Tuchel scoffed: “Of course, zero chance. 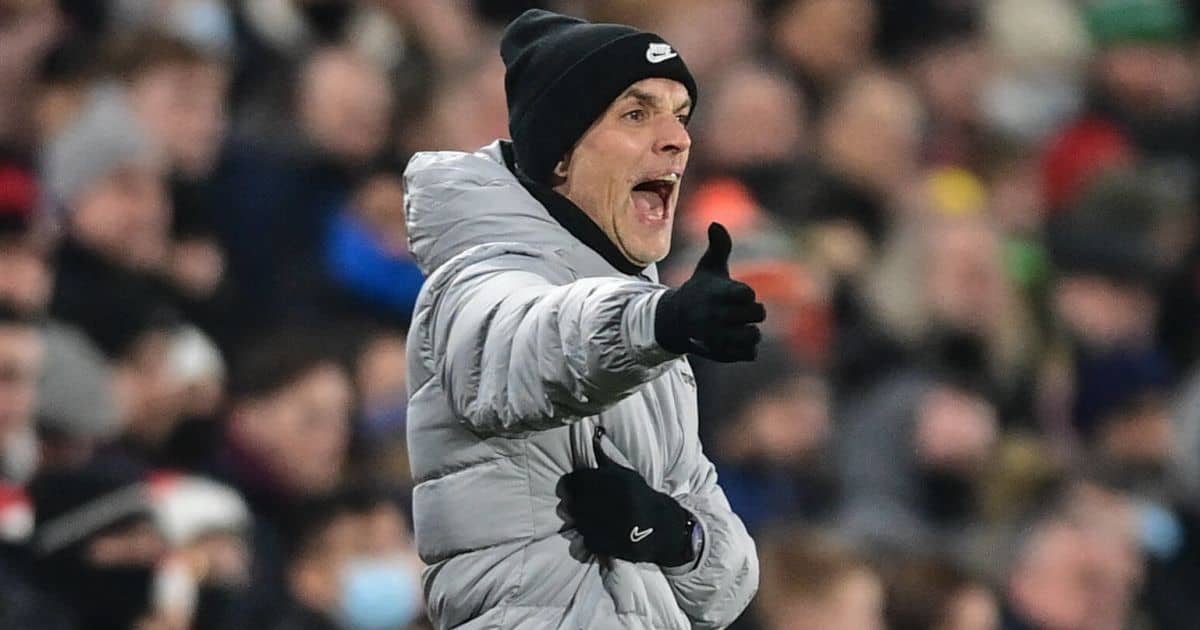 “We are the only league who play in winter which I love but we’re not protecting the players. All other leagues have five changes. Then we compete against them in the Champions League. It’s a bit frustrating. It will not stop.

“Brighton will play a super physical game then we have two games against Spurs. They are out of Europe and fully focused on the league and Carabao Cup.”