Chris Smalling has told Manchester United how much he is motivated to return to Old Trafford with his current club Roma in the Europa League.

The defender made more than 300 appearances for United before leaving for Roma, initially on loan, in 2019. He made the move permanent in October 2020. Now, he will be returning to his old home to contest a Europa League semi-final on Thursday.

Smalling knows it will be a special occasion, even without his former fans in attendance – and warned United he is ready to put in a big performance to stop them.

“The one disappointment is we don’t have a full house, likewise having my family watching two clubs that are a big part of my career,” he said. “It doesn’t take away the emotions, as it’s so rare that you know every player on the pitch.

“It’s such a big game as well. It has all the ingredients to put in one of our best performances.”

While United are aiming to reach a first final under Ole Gunnar Solskjaer, Roma have had an even longer wait for such an achievement.

Hence, Smalling is motivated for the tie – and confirmed that facing United only adds to that.

Asked if it gave him more inspiration to be facing United, Smalling said: “Yeah, 100 per cent.

“It’s a special game. It’s a semi-final and added on top playing against United.

“Obviously being in Rome for nearly the last two years, I think, I know the importance of bringing home a trophy because it’s been far too long.

“There’s so many ingredients for this so I don’t think there will be a bigger game to be a part of.

Now an observer from afar, Smalling praised the work his ex-employers have done this season under Solskjaer.

“This season they’re obviously having a very good season,” he said.

“When he first come in I was injured, but then as soon as I got fit he played me and we had a good relationship.

“Then obviously we had very honest conversations in the summer but, yeah, now we’ll meet on the pitch and I’m really looking forward to it.” 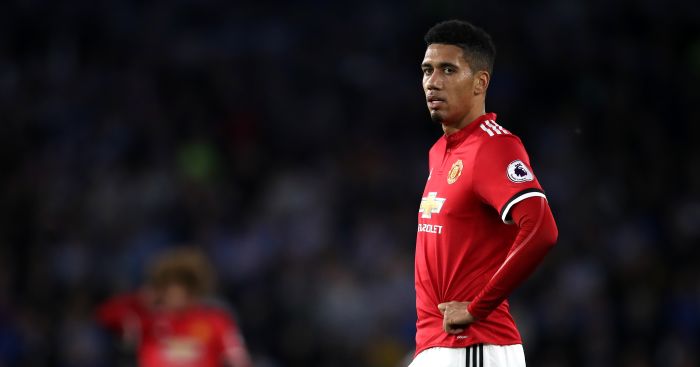 Smalling has been troubled with injuries this season, but is in better condition for his return to Manchester. And his confidence was boosted by a stunning send-off from Roma fans at their training ground.

“Personally I’m feeling good,” Smalling said. “It’s no secret that I have missed a lot of games this season, which is very unusual for me.

“The fans outside Trigoria, I think there are very few clubs in the world that are able to have a fanbase that can do things like that.

“We know the importance of tomorrow and bringing back a positive result to Rome so that we give our fans something to be proud of and we can look forward to the second leg because it’s 180 minutes.”

The post Chris Smalling warns Man Utd what to expect upon his return with Roma appeared first on TEAMtalk.