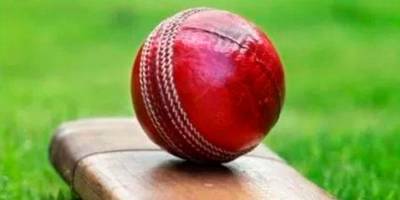 LONDON: England’s cricket board said it is going ahead with its summer schedule and has not been asked to bring forward a five-test series against India to make room for the remainder of the Indian Premier League (IPL) season.

This year’s IPL, which featured a dozen English cricketers, was suspended indefinitely earlier this month after several personnel, including players, tested positive for Covid-19.

The Indian board (BCCI) is looking to stage the remaining 31 matches in the United Arab Emirates soon after Virat Kohli’s men finish the series in England on Sept. 14 and before the start of the Twenty20 World Cup in mid-October.

England and Wales Cricket Board managing director Ashley Giles said that, contrary to media reports, they had not received a request from the BCCI to bring forward the start of the test series by a week to create a bigger window for the IPL.

“As far as we’re concerned and what we’re prepared for, the matches will be where they are,” Giles told British media on Thursday.

“I’m not surprised there’s all sorts of speculation. Everyone wants to get their cricket in. But we’ve not received anything official and we’re cracking on.”

England are scheduled to tour Bangladesh and Pakistan soon after the home series against India.

And with the Twenty20 World Cup and the Ashes series against Australia looming later this year, Giles effectively ruled out any English participation in the IPL this year.

“We are going to have to give some of these guys a break at some point. But the intention of giving guys a break for, say, Bangladesh, wouldn’t be for them to go and play cricket elsewhere,” he said.

“We have to manage our schedule now, so we get our guys arriving in the best shape possible for the T20 World Cup and the Ashes,” added the former test spinner. – Reuters