Guardiola admits he feels ‘privileged’ ahead of latest UCL final

Guardiola admits he feels ‘privileged’ ahead of latest UCL final 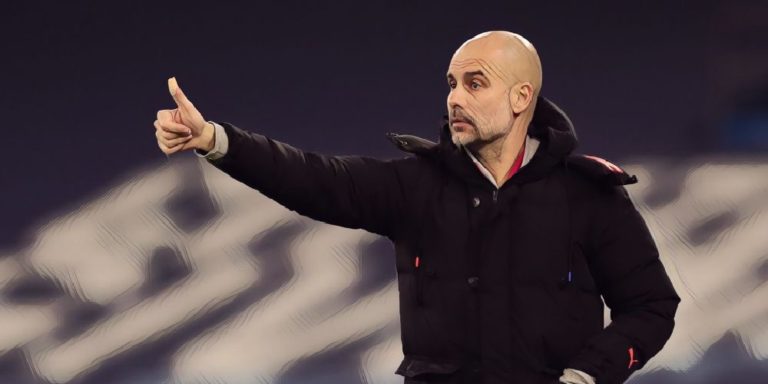 Pep Guardiola admits he feels ‘incredibly privileged’ to have reached the Champions League final as Manchester City prepare to face Chelsea this weekend.

Guardiola’s side face their divisional rivals in their maiden appearance in the Champions League final, Man City bidding to be crowned champions of Europe for the first time and add club football’s biggest prize to their Premier League and League Cup triumphs.

For most involved with the club, it will be a first-ever experience on this stage, though for Guardiola it will be his third outing as a manager, previously lifting the trophy on two occasions with Barcelona in 2009 and 2011.

The Spaniard admits he feels honoured to have reached the pinnacle of club football once again and says he will provide his side with advice on how to handle the pressure of the occasion.

“I know exactly the way we want to play,” Guardiola told his pre-match press conference.

“With who we are going to play. I’m not going to bother them much. It’s an incredible privilege to be here. I never expected personally when I started my career to play even one final in the champions league and now look it’s another one we’re here.

“The guys who are anxious and nervous I’ll tell them we deal with that, it’s normal. It happens.”

City have lost twice to Thomas Tuchel’s side over the last six weeks – first in the FA Cup semi-final and again in the Premier League – and Guardiola says he is expecting a difficult challenge against the west Londoners in Porto, insisting his side must ‘suffer’ if they are to be crowned champions.

“Everyone wants to win. But to win you have to play. Some players go out there and have more pressure, more tension,” he added.

“Some players struggle but they have to handle this. I’m pretty sure you have to suffer to win the final. You have to have resilience and adjust the bad moments of the game. At the end we have to try to be ourselves.”

The post Guardiola admits he feels ‘privileged’ ahead of latest UCL final first appeared on The Football Faithful.