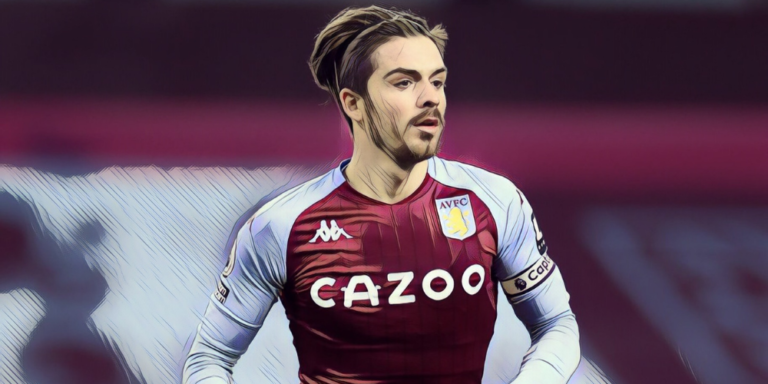 Manchester City are willing to break the British transfer record to sign Jack Grealish this summer, with the club prepared to make the Aston Villa captain this country’s first £100m player.

Grealish has been courted by the Premier League‘s biggest clubs following his influential role in Aston Villa’s return to the top tier over the past two seasons, the 25-year-old having previously been linked with Manchester United.

Pep Guardiola is an admirer of the player’s talents and is now understood to be preparing a move for the England international, who has been named in the Three Lions’ provisional squad for this summer’s European Championship after breaking into the fold last year.

Grealish has enjoyed an excellent season for Villa this term, scoring six goals and providing 10 assists before a shin injury sidelined the midfielder for much of the Premier League’s run-in.

He ranked amongst the most creative players in the division, ranking behind only Kevin de Bruyne for assists, expected assists and shot-creating actions per 90 minutes during the 2020/21 campaign.

According to the Mail, City now want Grealish to play an important role as Pep Guardiola starts to build his ‘second great team’ at the Etihad, with the club willing to break the British transfer record for his services, potentially making the star English football’s first £100m player.

Grealish signed a new long-term deal at Villa Park last summer and Dean Smith’s side will be reluctant to let the club captain leave for anything less than a record-breaking fee.

Man City are also hopeful of signing Harry Kane from Tottenham after the forward’s admission he wants to leave the north London side in search of silverware, a fee for the England captain set to eclipse even the record-breaking sum it would take to prise Grealish from Aston Villa.