The Blues meet Pep Guardiola’s side in Porto as the two Premier League outfits go head-to-head in the European decider. It is the London club’s first Champions League final since they won it back in 2012. City, meanwhile, have reached this stage of the competition for the very first time.

It is set to be an interesting battle given the results of the previous fixtures between them this term. City won the first game, but Chelsea have come out on top in the two tussles since. That includes a 1-0 win in the FA Cup semi-final last month.

On that occasion, Thomas Tuchel’s men triumphed despite having less possession and fewer shots.

And former Arsenal man Keown thinks approaching the final with a similar plan could see them secure another positive outcome.

In his Daily Mail column, Keown said: “Chelsea will have been working on creating a defensive shield in training for those periods where City dominate possession. With their wing backs, they’ll create a back five, and they’ll have their two midfield sitters close by.

“Tuchel’s inside forwards – Mason Mount and one of Christian Pulisic or Hakim Ziyech – will need to be dropping deep to help their midfield. Timo Werner, whose pace is an important weapon, is then capable of leading any breakaways.

“Chelsea would love a repeat of their FA Cup semi final win. That victory may have been over City’s B team but the tactics worked to perfection as Werner broke at speed and set up Ziyech to score. 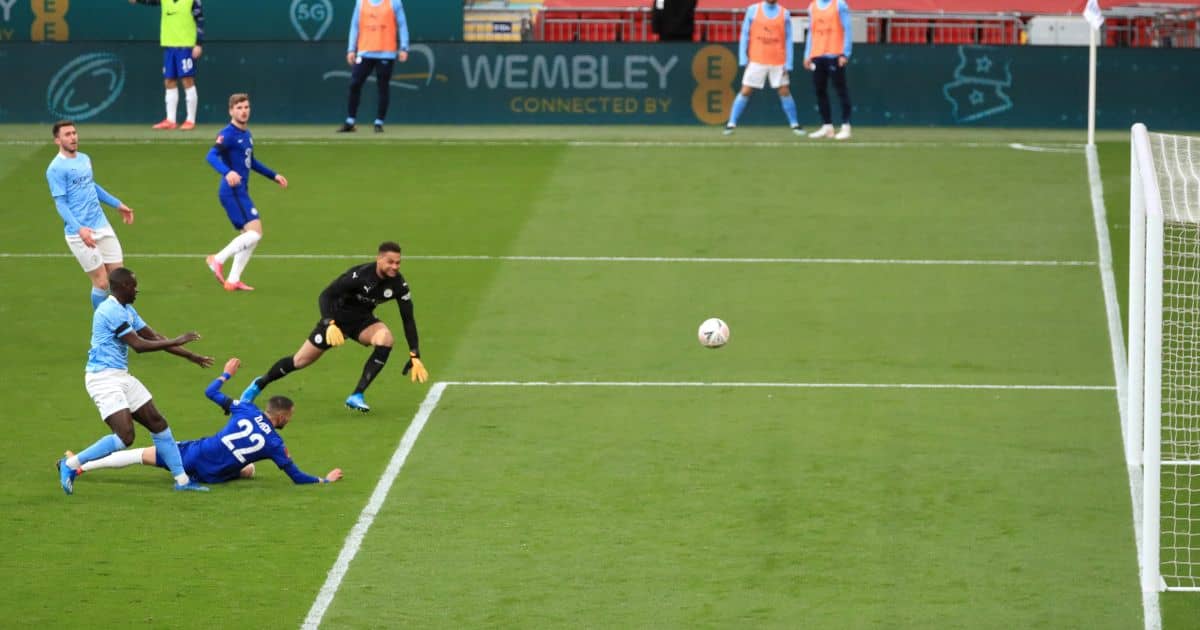 “The statistics say no one has managed more counter-attacks in the Champions League this season than Chelsea and they’ve got the legs to hurt City that way.

“As a former defender, I’ll be interested in seeing how Tuchel’s back three handle the challenge.”

In his pre-match press conference, Tuchel insists he has faith that his players will get the job done on Saturday.

And despite the fact they are taking on the runaway Premier League winners, he added that the mood in camp is a positive one.

“I have full trust in everybody,” he said. “How bad do you want it? I felt us very concentrated, focused in the build up with this week.

“There is confidence which is nice to have and a nice feeling to arrive with in a final. We had two training sessions in London. Today is the last training to find the last details.”

In a further boost, Chelsea expect to be able to call upon Edouard Mendy and N’Golo Kante, who were both considered injury doubts.

READ MORE: Chelsea are hoping to beat Manchester United in the race for a promising teenage defender, according to a report.

The post Pundit identifies key tactic Chelsea can use to hurt Man City in CL final appeared first on TEAMtalk.