THE GINI AT CAMP NOU

THE GINI AT CAMP NOU

Corner taken quickly, Origi!!!! This piece of commentary is etched in footballing history and so are its culprits – Trent Alexander Arnold and Divock Origi. However, that goal could very well have been a consolation had it not been for Gini Wijnalidum.

Wijnaldum has been an instrumental player for Liverpool’s resurgence under Jurgen Klopp in recent seasons. Most notably on that night at Anfield when he came off the bench just over two years ago to score a quickfire brace that levelled the Champions League semi-final tie with Barcelona.

Before he was brought on, Liverpool were trailing by two goals to the Catalans. Within ten minutes of his arrival on the pitch, the Reds were level on aggregate with the Azulgrana with the Dutchman getting both the goals.

This match with Barcelona can be seen as the microcosm of Wijnaldum’s Liverpool career – stepping in to make the difference when it mattered the most, when the stakes were high and when his team were in urgent and desperate need of goals to rescue them from what looked like an unrecoverable position and yet, not getting the limelight.

As things stand right now, the Dutchman will reportedly be making the switch from Liverpool to Barcelona this summer. FootTheBall takes a look at his imminent transfer to Barcelona and what he will bring to the Catalans next season

Wijnaldum is an experienced midfielder who has been plying his trade in the Premier League since 2015 when he joined Newcastle United from PSV before joining Klopp’s Liverpool the next season.

At Anfiled he has become a household name along with players such as Jordan Henderson, Sadio Mane, Roberto Firmino, Mohamed Salah and Virgil van Dijk. And his expertise, experience, and pedigree will be much needed in Catalonia.

What an emotional rollercoaster the last few days. I’ve received so many great messages from fans, players and friends all over the world. Thank you all so much

Barcelona are in dismal shape both literally and metaphorically, the club has been in disarray ever since Josep Bartomeu’s arrival and subsequent departure as President. The election of Joan Laporta has helped the Catalans and has put them on the road to recovery, but still there is a long way to traverse to reach the heights that the Azulgrana once enjoyed in European football.

The Catalans’ midfield in particular has been robbed of quality in recent seasons with the departure of the likes of Ivan Rakitic and Arturo Vidal.

Right now the only midfielders with decent experience under their belt in Barcelona are Frenkie de Jong and Sergio Busquets.  Busquets is still good if used well but that is getting more and more difficult. The likes of Ilaix Moriba and Pedri are still to gather an immense amount of playing time before they can be categorised as such in Barcelona.

And there are no academy graduates at the moment who can be expected to carry the mantle of greats like Xavi and Iniesta. In this scenario, the signing of the 30-year old Dutchman looks sensible enough for the Catalans.

WIJNALDUM’S EXPERIENCE TO COME IN HANDY FOR BARCELONA

Wijnaldum will be bringing with him more than half a decade of experience of playing in what is perhaps the most physically taxing domestic league in the world. He has also proven his mettle on big occasions – he is a Premier League winner and a Champions League conquistador.

He has started almost 9 out of every 10 games that Liverpool have played in this season in the Premier League, along with scoring two goals. In the Champions League too he started 9 matches for the Reds and was never taken off by Jurgen Klopp whenever he made it to the starting line-up.

For the Netherlands too, he has started every game in the UEFA Nations League this season, scoring 3 goals and delivering 1 assist for the Flying Dutchmen. He is largely deployed as a box-to-box midfielder who is quick to switch positions between attack and defence in the middle of the park. Sometimes he is also utilised as a deep-lying playmaker by both Jurgen Klopp and Frank de Boer

He has been the fulcrum of Liverpool’s midfield along with captain Jordan Henderson through the years and has reached near-legend status owing to his incredible performance in the Champions League semi-final with Barcelona among other outings for the Reds. 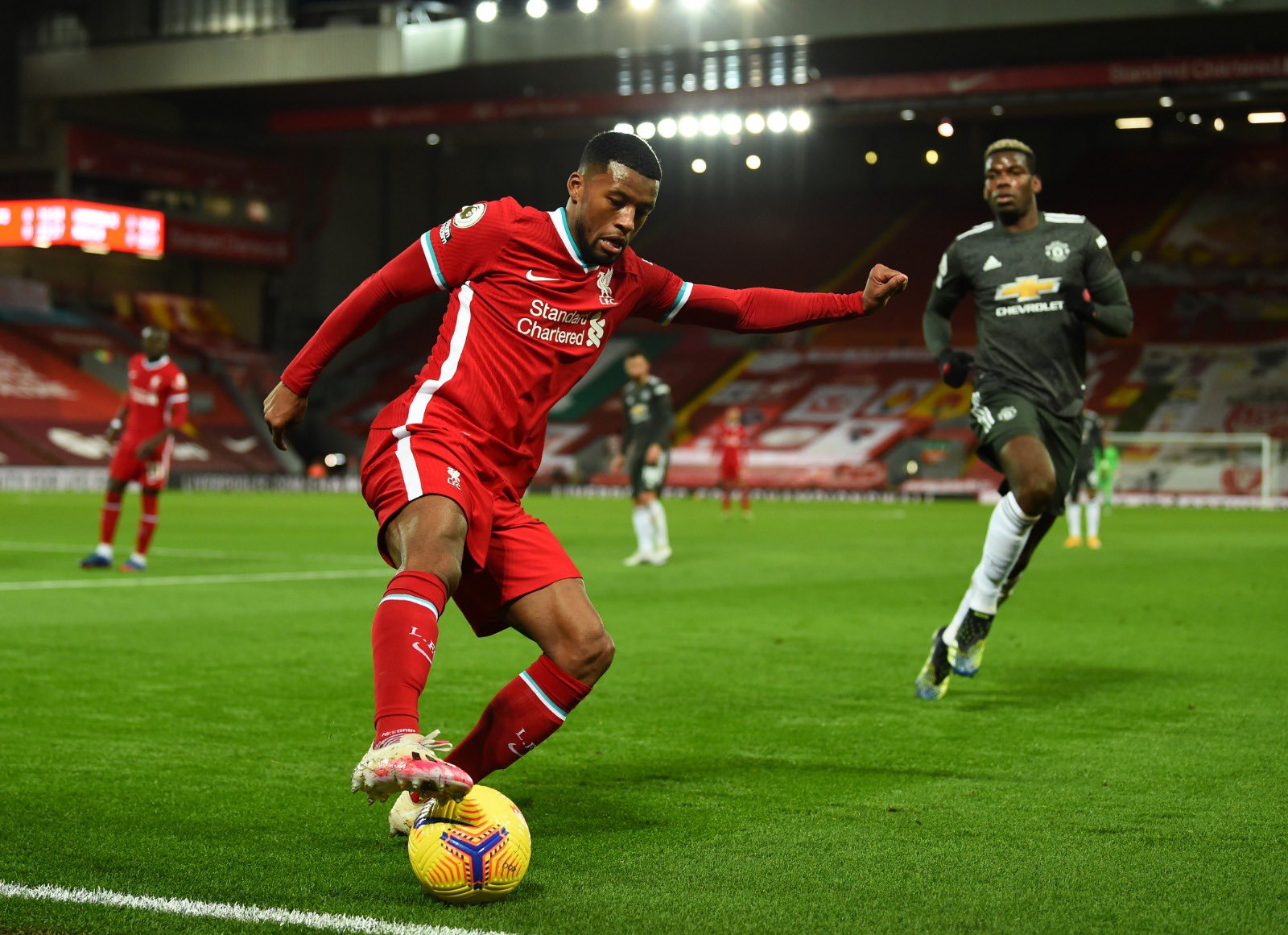 There is no doubt therefore that he will bring a considerable edge to the Catalans’ midfield if he decides to sign up for Ronald Koeman’s side this summer. And a strong showing with the Netherlands in the Euros might help his case in securing a transfer to Catalonia.

The Dutch have a pretty straightforward group in the continental tournament with the likes of Ukraine, North Macedonia and Austria placed with them. 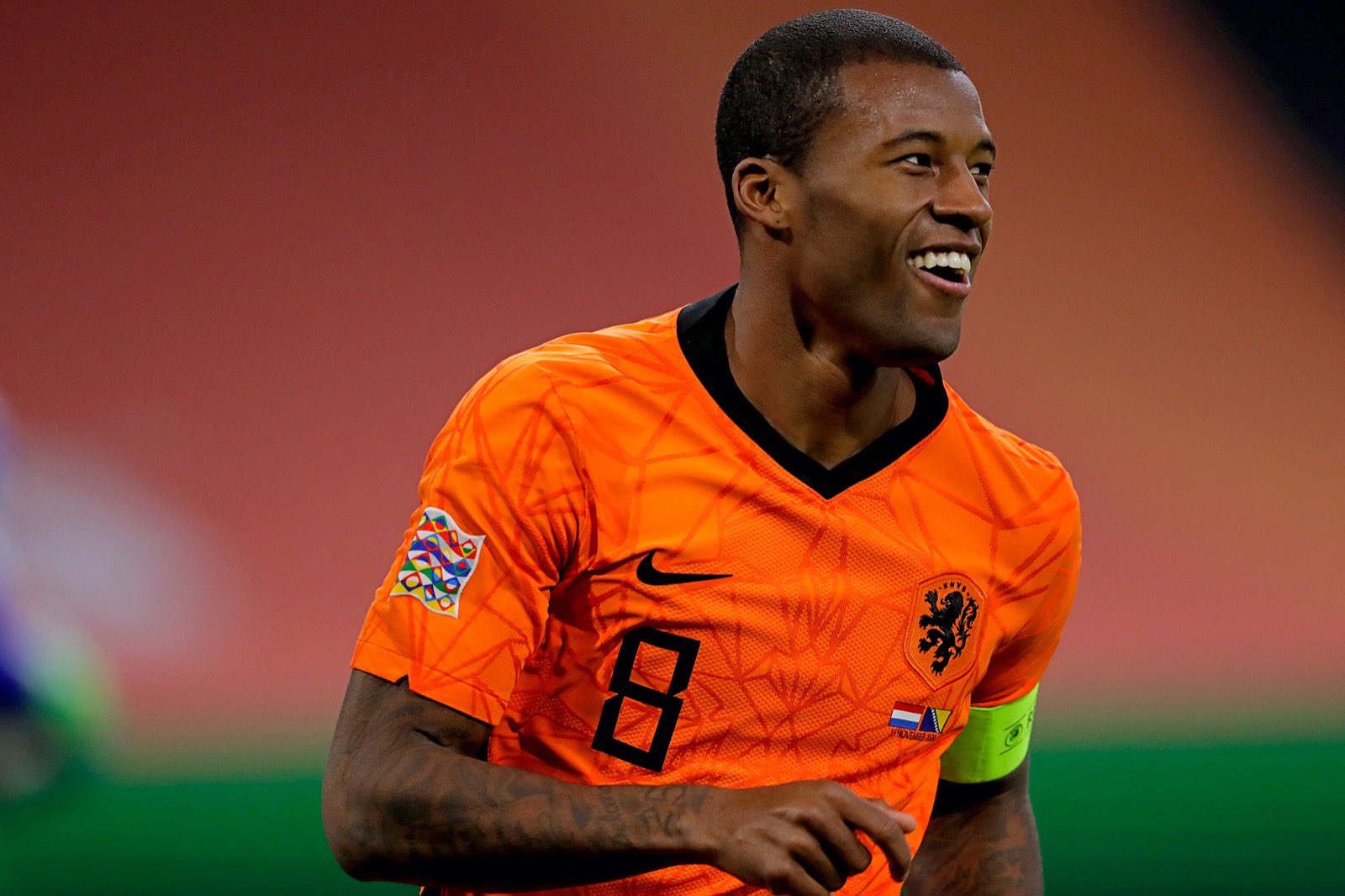 One can expect the Dutch to easily qualify for the knockout stage in first place even without their captain Virgil van Dijk in the heart of defence along with centre-back Matthijs de Ligt.

And a skilful performance from Wijnaldum, who will be tasked with dictating the tempo of play for the Netherlands, will certainly raise his chances of partnering Dutch teammate Frenkie de Jong in La Liga next season for Barcelona

The post THE GINI AT CAMP NOU appeared first on FootTheBall.