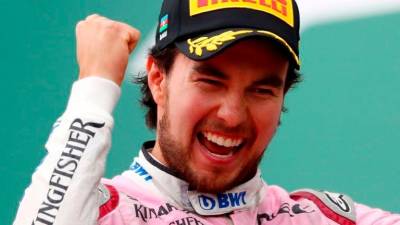 BELGIUM: Sergio Perez is confident he will remain with Racing Point next season despite rumours linking Sebastian Vettel with the team and said he has no idea why they would even consider making changes.

Speaking ahead of this weekend’s Belgian Grand Prix, he told reporters that he believed his contract will be honoured and that no other driver could have extracted more speed or performance from his car this year.

“We don’t see the reasoning why we should change anything so I don’t see any reason to change,” said Perez, who has been with the team since 2014 and recently returned to action after two races out with coronavirus.

“I think we are enjoying a great season on track and things are working really well in the team. I don’t expect any change.”

The Mexican added that he was not talking to other teams.

“No,” he said. “I am not. The feedback I get from the team is that we all want to continue.”

Four-time champion Vettel was informed before this season began that he would not be retained by Ferrari in 2021.

His future has been the subject of much conjecture including reports that he is poised to join Racing Point next year when the team is re-branded as Aston Martin.

His teammate Lance Stroll, whose father Lawrence is the team owner, avoided giving clear answers about his own future.

“I’m not going to give you the story that you want to sell,” he said. “There’s nothing more to say about that topic.” – AFP

TMW – Tottenham in talks with Chelsea over RUDIGER

Lowe on NBA Finals: Predicting who wins Lakers-Heat and why