Raikkonen unsure about his F1 future

Raikkonen unsure about his F1 future 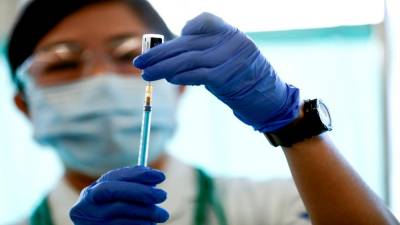 BELGIUM: Kimi Raikkonen (pix) has not decided if he wants to stay in Formula One next year or spend more time with his family, he admitted on Thursday.

The Finn, 40, who became the spor’s most experienced driver in terms of laps and kilometres completed during the Spanish Grand Prix two weeks ago, told reporters he was considering his future.

“First of all comes the family and, obviously, the kids are getting bigger,” he said ahead of Sunday’s Belgian Grand Prix.

“This year I’ve been able to be more at home so it’s great, but I think that really is what [decides] either I race or not.

“There’s going to be a point where I want to be home and do other things.”

Raikkonen is in his second season with Alfa Romeo after a lengthy F1 career that saw him win the drivers’ world championship in 2007 with Ferrari.

“First of all, I need to decide what I will do and then we’ll see,” he responded when asked if he would consider racing for another, more successful and competitive, team.

“Obviously right now, that’s the first thing to decide and then I don’t really see that it would change anything – if I race with them or I don’t race.

“Like I said, until I decide what I do, those things are not really on my list.”

He added: “Obviously, I’d much rather race in a good position and fighting for the points, but honestly that’s never guaranteed. The bigger picture is much more important for me.”

Like Raikkonen, team-mate Italian Antonio Giovinazzi said he had not discussed his future with the team. “I don’t know and still I think it’s a little bit too early to talk about it,” he said. – AFP