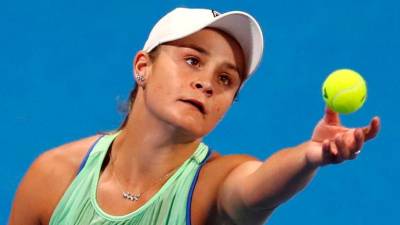 SYDNEY: World No. 1 Ash Barty has withdrawn from next month’s WTA 1000 tournament at Indian Wells, the tournament said on Monday, casting doubts on whether her 2021 season is over.

Wimbledon champion Barty last played at the US Open where she was knocked out in the third round.

Barty’s withdrawal is another blow for the tournament, with 2018 champion Naomi Osaka and Serena Williams also sitting out.

Barty’s coach Craig Tyzzer said earlier this month that she might not defend her WTA Finals crown after the season-ending tournament was moved to Mexico.

Tyzzer said Barty having to undergo two weeks of home quarantine on her return to Australia from the WTA Finals in Guadalajara was not ideal preparation for the Australian Open in January. – Reuters