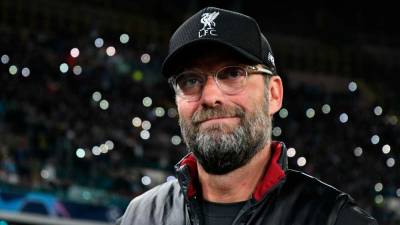 LONDON: Liverpool manager Juergen Klopp (pix) said the defensive issues on display against Brentford are not too much of a concern but they do not want to repeat those mistakes in Tuesday’s Champions League group game at Porto.

Klopp’s side came from a goal behind on Saturday to lead twice in an end-to-end match but conceded an 83rd-minute equaliser as Brentford secured a 3-3 draw.

“It’s not that much of a concern, but we have to show a reaction. It’s tricky to win a game when you aren’t defending on your highest level and that’s what we didn’t do,” Klopp told reporters on Monday.

“It wasn’t just the last line. In general, we had a problem with defending. Porto is a different team but we have to improve in that department.

“We spoke about it and know we cannot (defend) like that and we sorted that and have to show that tomorrow.”

Liverpool have had the upper hand against Porto in recent meetings, winning 5-0 and 4-1 on their last two visits to the Estadio do Dragao in 2018 and 2019.

Klopp, however, insisted his team are not dwelling on the history between the sides.

“It’s not an advantage to have won the last two games there,” Klopp said.

“We don’t count on points we don’t have already, it’s a tough group so we should not waste time to get points. Atletico (Madrid) v Porto was a tough one and if someone deserved to win it, it was Porto, so that says a lot.

“Last time we came back, we didn’t think about the 5-0 before it because it makes no sense. We are here often enough to know we cannot win a game before we play so that is it.”

Klopp said midfielders Naby Keita and Thiago Alcantara remain sidelined but there were no new injury concerns within the squad. – Reuters