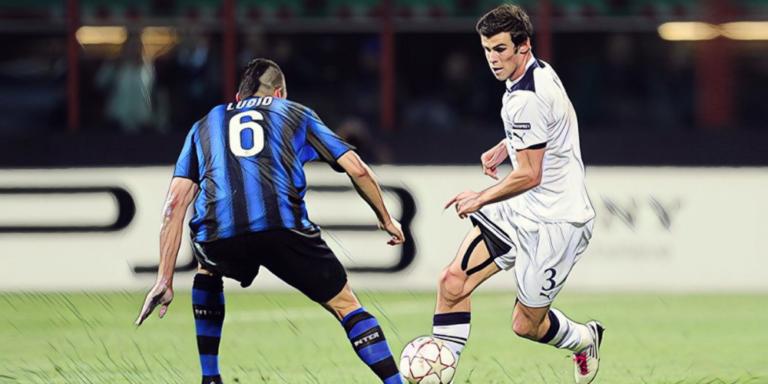 The midfielder led the charge for the Bundesliga side in an enthralling encounter that saw the two sides share nine goals at the Etihad, though finished on the losing side despite claiming the match ball.

Nkunku’s treble saw him join an exclusive group of Champions League players, becoming just the fourth man to score a hat-trick for a losing side in the competition.

Here are the four players to score a Champions League hat-trick and still finish on the losing side.

Ronaldo became the first player to score a Champions League hat-trick that ended in defeat, in what is recognised as one of the competition’s all-time great individual performances.

Real Madrid travelled to face Manchester United in the second leg of their quarter-final meeting during the 2002/03 season, with the home side having been given a glimmer of hope following Ruud van Nistelrooy’s late away goal in a 3-1 defeat at the Bernabeu.

What followed was a classic contest as both sides abandoned their defensive instincts and went toe-to-toe at Old Trafford, though the Red Devils’ dreams were ended following an outstanding showing from O Fenômeno.

Ronaldo opened the scoring in superb fashion, peeling away from Rio Ferdinand to latch onto Guti’s pass, before firing a first-time finish past Fabien Barthez at his near post.

Van Nistelrooy’s equaliser levelled the scores before the break, but Ronaldo extinguished increasingly distant hopes of a fightback after turning home Roberto Carlos’ cross from close range just five minutes after the restart.

A second equaliser from the hosts could not prevent the night belonging to the brilliant Brazilian however, his third a thing of beauty as he let fly from distance with a dipping effort that left Barthez with no chance.

David Beckham’s double off the bench secured a 4-3 win for the home side on the night, but it was Real Madrid who progressed courtesy of a defining performance from Ronaldo.

Iconic Performances: When R9 destroyed Man United and got clapped off at Old Trafford

Gareth Bale catapulted himself into worldwide prominence following an exhilarating hat-trick in 2010, the Welsh winger scoring three times for Tottenham despite defeat at Inter Milan.

The north London side faced off against the reigning European champions during their maiden voyage into the Champions League, though a trip to the San Siro turned into a nightmare as Spurs found themselves two goals and a man down after just 11 minutes.

Inter made it 4-0 before half-time and fears were high over an almighty embarrassment, only for the narrative of the game to be transformed following Bale’s explosive showing.

The 21-year-old tormented Maicon – then regarded as one of Europe’s best right-backs – and scored three times in the second period as Spurs came close to an improbable comeback, each of his goals coming in similar fashion with sublime runs down the left flank.

Bale’s speed, strength and ruthless finishing saw the winger produce an unforgettable performance, one that announced him as one of the world’s best players in waiting.

Iconic Performances: The memorable night in the San Siro when Bale announced his genius

Each of the midfielder’s goals came from range in one of the most aesthetically pleasing Champions League trebles, his first a sweeping finish from just outside the area following a corner-kick routine from the Turkish side.

Leipzig had earlier taken a two-goal lead through Yussuf Poulsen and Nordi Mukiele, before Dani Olmo extended the visitor’s lead to 3-1 in the second half.

Kahveci’s brilliance had looked to have secured Basaksehir a point however, bending in a second from distance, before a stunning free-kick levelled the scores at 3-3 in the 85th minute.

The Istanbul side were unable to hold on for a point, as Alexander Sorloth’s stoppage-time goal secured Leipzig a dramatic victory and confined Kahveci’s hat-trick to the history books.

Nkunku’s treble against Manchester City made him just the fourth man to score a Champions League hat-trick for a losing side, as RB Leipzig were beaten 6-3 at the Etihad.

The Bundesliga side have started the season poorly and were cut apart throughout by the Premier League champions, but refused to roll over with Nkunku leading their bid to get back into the game.

3 – Christopher Nkunku, who is the first RB Leipzig player to score a UEFA Champions League hat-trick, is only the second player to score one against Man City in the competition after Lionel Messi in October 2016. Footsteps. pic.twitter.com/WWnM3a3HI5

The 23-year-old netted his first two goals with headers after ghosting into forward positions, before another enterprising run saw him arrive into the box to fire home a low finish and claim the match ball.

City’s dominance ultimately ensured Leipzig left Manchester without a point however, as further goals from Joao Cancelo and Gabriel Jesus made it six for City and restored the daylight between the two teams.

Read – Iconic Duos: The Tank and The Rolls Royce, Vidic and Ferdinand

The post Remembering the four players to score a Champions League hat-trick and still lose first appeared on The Football Faithful.