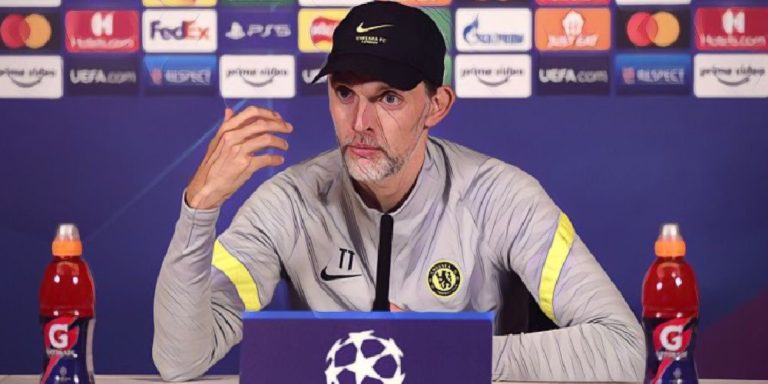 Thomas Tuchel says that Juventus are a side that continue to demand ‘respect’ despite their early season struggles in Serie A, while discussing the added expectation on his own side after winning the Champions League last season.

Next up for Thomas Tuchel’s side is a trip to Turin to take on Juventus, a side who – while beating Malmo 3-0 in their Champions League opener – have struggled to get going in Serie A so far, winning two, drawing two and losing two of their first league games to already leave themselves 10 points adrift of league leaders Napoli.

Speaking ahead of the game at the Allianz Stadium on Wednesday night though, Thomas Tuchel has insisted that Massimiliano Allegri’s side ‘demands respect’ given their European pedigree, with both sides set to be missing key players.

“They are so experienced and such a big club with so much Champions League experience,” he said at his pre-match press conference.

“They will enjoy the different competition. They have had a bit of a rough start according to their results in Serie A, but they were convincing in the Champions League.

“You never know with players that are missing. The guys who come in want to show they are reliable.

“We play Juventus at Juventus. It’s a no-brainer that demands respect to the quality and tradition of the club. We need to refocus and regroup and face a tough challenge with positive energy and determination to bounce back from our defeat.”

Tuchel has earned plenty of plaudits since taking over at Stamford Bridge, though his side struggled against Man City at the weekend who dominated from the off, and the German admitted he was not happy with the ‘passive’ nature of his side’s defending.

“Yes, it is a normal thing because you have to adapt to your strengths and weaknesses.” he said.

“We were not happy with our defence against Man City, we were too passive. The defensive plan was my responsibility, maybe it led to this passive behaviour. We defended the box over a long period very well.”

Tuchel took over a struggling Chelsea side last January before swifty transforming them into an efficient and effective unit which would see them end the campaign as European champions – beating Man City 1-0 in Porto.

Following that success, the Blues are now considered among the favourites for both the Premier League and Champions League, though the former PSG boss warned that their opponents will be more motivated to play against them.

“Maybe there is expectation,” Tuchel said. “We came from a role that wasn’t favourites last season and we got better with every match and now we are appeared as a real contender.

“Now it is of course easy to make us the favourites, we have the experience that means there is a higher value and motivation to play against us. We have to accept this.”