Reports in Spain have, once again, linked Leeds United owner Andrea Radrizzani with a move to take over Spanish club Valencia.

The 46-year-old had previously spoken of his desire to create a network of feeder clubs to help Leeds. He said he was “evaluating opportunity, particularly Italy, Spain and Portugal”.

And, according to a report in Marca, the self-made businessman has his eyes on struggling Valencia. Los Che have traditionally been one of the La Liga clubs pushing for a top-four place.

They have been in the shadow of Real Madrid and Barcelona but able to hold their own against most others. However, they are now struggling both financially and on the pitch.

Former Watford coach Javi Gracia is in charge, with the club one point above the relegation zone.

Singapore businessman Peter Lim is the current owner but unpopular with the supporters. Valencia fans staged a protest outside the club’s ground calling for him to leave back in August.

Radrizzani could be the answer after his work turning Leeds into a Premier League club. It would be similar situation at the Mestalla, with Valencia a fallen giant as Leeds were when he took over.

Whether he has the finances to complete a deal is open to debate. But the report also claims that Radrizzani might be backed by American investors who could clear the club’s debt.

Earlier this year he stated: “I have this vision to have maybe a network of two, three clubs and Leeds on the top of these in Premier League, where the other clubs can create synergy and develop players that can benefit also Leeds.”

With many clubs thought to be struggling due to the pandemic, tie-ups between clubs could become more commonplace.

Chelsea have had an arrangement with Dutch club Vitesse for some time. A number of their young players have enjoyed experience in the Eredivisie before returning to Stamford Bridge.

That is not an arrangement based on finance but it is clear Valencia need help. Dani Parejo and Francis Coquelin left for Villarreal in the summer while winger Ferran Torres joined Manchester City.

Striker Rodrigo Moreno joined Leeds as the Spaniards looked to trim their wage bill. He has made 13 Premier League appearances and scored two goals to date. 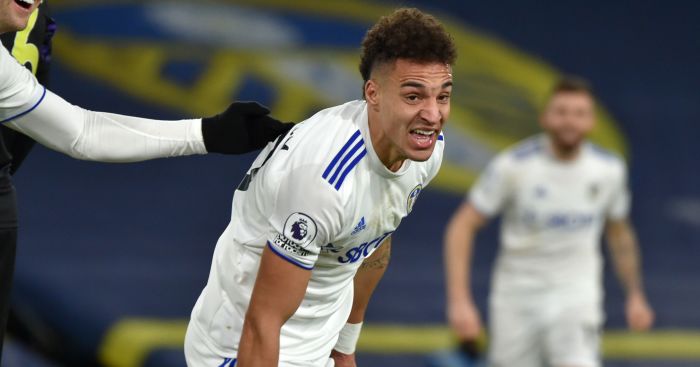 If the deal does go through, then there may be many more that follow in the Brazilian’s footsteps.