Arsenal man labelled signing of the season, with pundit stunned on four counts

Arsenal man labelled signing of the season, with pundit stunned on four counts

Aaron Ramsdale is the Premier League’s signing of the season following his impact at Arsenal, according to Jamie Carragher.

The goalkeeper initially made his name at Bournemouth during the 2019/20 season. Despite the Cherries eventually suffering relegation, he played 37 of 38 games in Eddie Howe’s team.

From there, he moved back to his former club Sheffield United. He faced relegation from the top flight again but played every minute.

However, Arsenal boss Mikel Arteta looked past the relegations on Ramsdale’s early career CV and brought him to north London in the summer.

The 23-year-old started life as the back-up option for Bernd Leno. But after coming in for a 1-0 win over Norwich, he has played every Premier League match since then.

Ramsdale has kept nine clean sheets in his 16 Premier League outings for Arsenal, conceding only 14 goals to boot. As well as his ability, he has become a fan-favourite at the Emirates Stadium.

Carragher, announcing him as his signing of the season on Monday Night Football, admitted that he thought Ramsdale would be back-up and only came in to add to Arsenal’s English quota. He added that the goalkeeper’s ability and personality are traits he did not know he had.

“I went for Ramsdale because it was almost the biggest surprise to me when they brought him in,” the pundit said.

“He hadn’t impressed me, certainly in his Premier League time at Sheffield United and Bournemouth. It’s not just the saves he’s made. He’s a personality and a character.

“Already to go into a dressing room at Arsenal, yes there are young players in there, but it’s still a huge club.

Salah nailed on to be Premier League top scorer, but familiar name is sneaking up on the rails

“Going into Arsenal as a young lad, a goalkeeper. I think he’s got a presence about him that I didn’t see that he had and I think he’s had a big impact on the team.”

Ramsdale’s performances have also now made him a regular in Gareth Southgate’s England teams. He earned his first cap in a 10-0 win over San Marino in November.

Ramsdale in Carragher’s team of the season 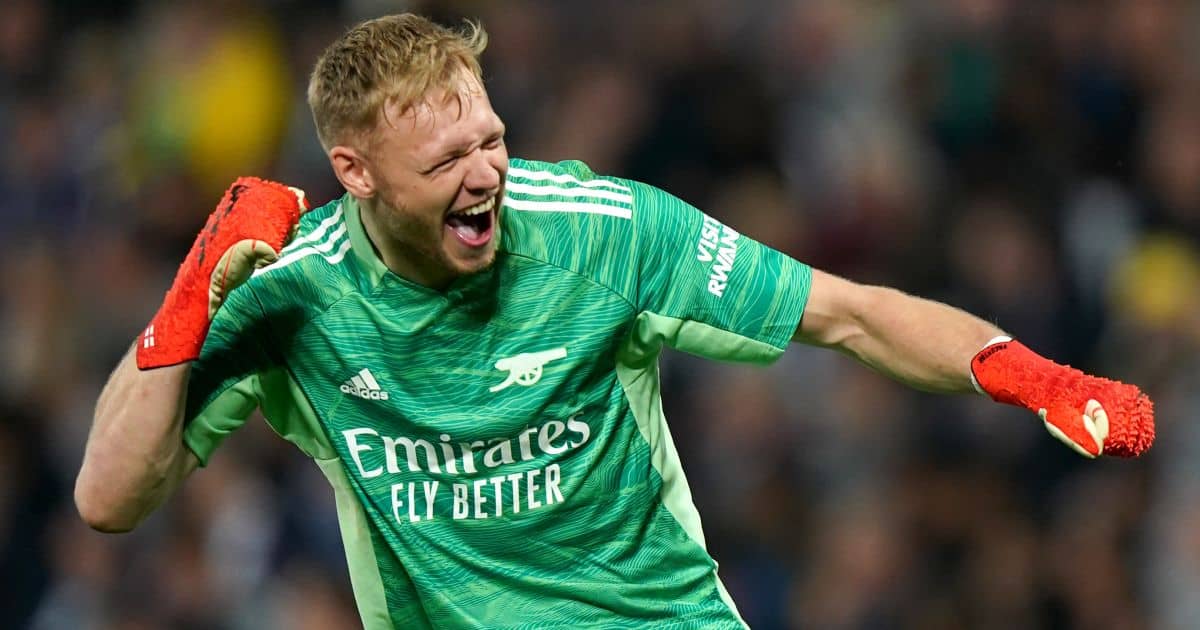 Speaking further on Monday Night Football, Carragher named Ramsdale in his Premier League team of the season so far.

Gary Neville was also in attendance and named his Premier League team of the season so far.

The post Arsenal man labelled signing of the season, with pundit stunned on four counts appeared first on TEAMtalk.