Brendan Rodgers hailed his Leicester heroes after they recovered from their mauling at Manchester City to beat Liverpool 1-0 at the King Power on Tuesday evening.

Ademola Lookman stunned a wasteful Reds team as the Foxes dealt a damaging blow to their title hopes. The substitute struck to snatch a 1-0 win which ended Liverpool’s 10-game unbeaten run and was just their second defeat of the season.

Victory breathed fresh life into the Foxes as they rose to ninth and five points off the top six after a difficult December which had seen them win just one of their previous six games and drop out of the Europa League.

They still needed Kasper Schmeichel at his best and the goalkeeper – who kept just his second clean sheet since the opening day – ensured they stayed in the game in the first half to earn revenge for their Carabao Cup defeat last week.

Speaking after the game Rodgers told BBC MOTD: “It is so hard to put it into words. To play Manchester City and Liverpool within 48 hours… It’s an absolutely heroic performance. We knew we’d have to defend well at times but we knew we could play football as well. An amazing result for us with everything we’re going through against one of the best teams in the world. 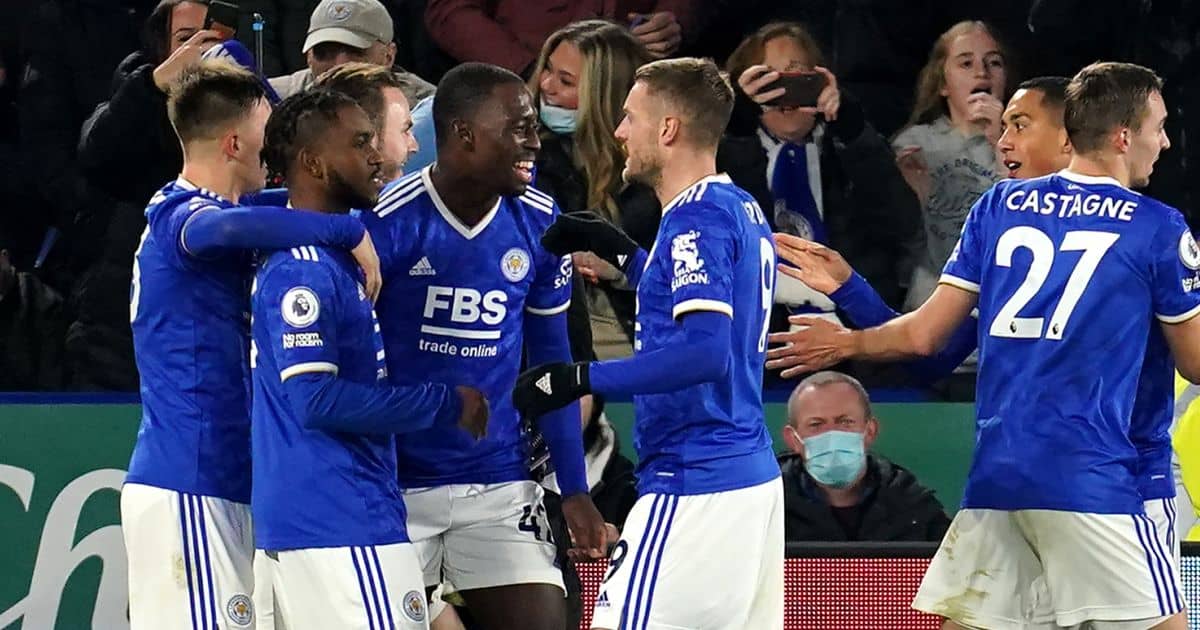 “There’s no doubt [it is one of the biggest wins of the season]. The likes of Daniel Amartey has been off with Covid and one day back in training plays two games. Luke Thomas a young lad playing lots of games.

“I’m pretty sure the headlines were written before the game. The beauty of the game is it’s a chance for the players to write their own headlines and they did that.

“We’ve had some great wins, picked up some great titles but one thing that has never fallen with this team is the spirit. We’ve played poorly at times but we’ve never stopped fighting and we saw that there today.

“Every game you have a plan. We played with a diamond structure to make the middle of the pitch compact. You then know you have to change the system so we went to 4-3-3 and Ademola Lookman comes on to get the goal.

“Kasper Schmeichel’s a top goalkeeper, one of the best in Europe. It’s what Kasper is renowned for. When we needed him, he was there. We needed a push. We needed the supporters. An incredible atmosphere.”